Lawyers - Why Everyone Should Be Allowed to Keep One Caged

I really don't have enough words, or space or time to do justice to this story, but go read Confessions of a Public Defender on American Renaissance.

You will find a story, posted under a pen name,  by a public defender in "a large southern metropolitan area".  He opens by saying he's "still liberal after all these years".  He goes on to describe the situation: " Fewer than ten percent of the people in the area I serve are black but over 90 per cent of my clients are black. The remaining ten percent are mainly Hispanics but there are a few whites."

He then describes every problem he encounters with that culture he spends most of his time representing.  He leaves every clue imaginable to the problems:  "As a public defender, I have learned many things about people. One is that defendants do not have fathers. If a black even knows the name of his father, he knows of him only as a shadowy person with whom he has absolutely no ties."...

Most blacks are unable to speak English well. They cannot conjugate verbs. They have a poor grasp of verb tenses. They have a limited vocabulary. They cannot speak without swearing. They often become hostile on the stand. Many, when they testify, show a complete lack of empathy and are unable to conceal a morality based on the satisfaction of immediate, base needs. This is a disaster, especially in a jury trial. Most jurors are white, and are appalled by the demeanor of uneducated, criminal blacks.
...
Part of the problem is that underclass black women begin having babies at age 15. They continue to have babies, with different black men, until they have had five or six. These women do not go to school. They do not work. They are not ashamed to live on public money. They plan their entire lives around the expectation that they will always get free money and never have to work. I do not see this among whites, Hispanics, or any other people.

The black men who become my clients also do not work. They get social security disability payments for a mental defect or for a vague and invisible physical ailment. They do not pay for anything: not for housing (Grandma lives on welfare and he lives with her), not for food (Grandma and the baby-momma share with him), and not for child support. When I learn that my 19-year-old defendant does not work or go to school, I ask, “What do you do all day?” He smiles. “You know, just chill.” These men live in a culture with no expectations, no demands, and no shame.

But his liberalism keeps him from reaching any conclusions about where the problems come from and how they should be addressed.  He says:

And yet... and yet... He can't see how that ties together.  The whole thing simply must be read to be understood. 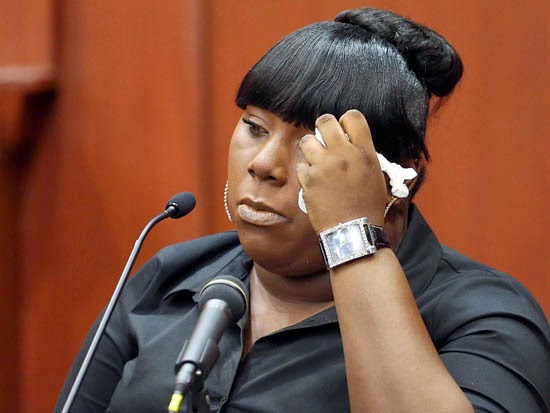 (Jeantel Rachel: from the article)

(Standard disclaimers: clearly not all blacks, just the population he describes... yada yada yada)  (I was at an urban Wendy's not too long ago.  The lines were long, so I just said "white privilege" and started to cut in at the front.  They say the casts will be off by July 4th and the stitches are already out)