Economics 101 - An Example of Political Stupidity

Combine these stories:
Clearly our leaders have never heard of the iron law of supply and demand.   Economics 101 teaches that supply and demand is holding the wages of low end workers down due to the vast numbers of immigrants.  People are willing to do those low end jobs for low pay, minimum wage and below, so they agree to that pay.  Fewer workers for any number of jobs must raise the wages - as it has in North Dakota's oil fields, where (I'm sure) everyone has heard of entry-level jobs paying $17/hour and more.  Just as too many workers must lower wages - as in the current situation.

The great Thomas Sowell has written on the racist origins of minimum wage laws:


In 1925, a minimum-wage law was passed in the Canadian province of British Columbia, with the intent and effect of pricing Japanese immigrants out of jobs in the lumbering industry.

A Harvard professor of that era referred approvingly to Australia’s minimum wage law as a means to “protect the white Australian’s standard of living from the invidious competition of the colored races, particularly of the Chinese” who were willing to work for less.

In South Africa during the era of apartheid, white labor unions urged that a minimum-wage law be applied to all races, to keep black workers from taking jobs away from white unionized workers by working for less than the union pay scale.

The whole piece is worth the read.  The chatter from talking points has dominated this discussion, rather than facts and logic.  Tragically, that's politics.  We're presented with a whole range of groups saying the minimum wage should be anything from $15.29 to over $22.  These numbers come from a raw attempt to adjust for inflation.  Back in February, I ran a column about studies that show the minimum wage is too high as it is now when based on measurable productivity statistics.


Taking a longer view, from 1987 to 2012 the same BLS data show that worker productivity in the food service sector rose by an average of 0.6 percent per year. In limited service restaurants, the gains were slightly lower, only averaging 0.5 percent per year. Meanwhile, unit labor costs have risen by an average of 3.6 percent. Over this period the minimum wage has risen from $3.35 to $7.25 per hour which is an average annual increase of 3.1 percent. In other words, at least in food service, the minimum wage has risen at a rate five or six times as fast as justified by the gains in worker productivity. [Emphasis added - SiG]


People who are content to advocate policies that sound good, whether for political reasons or just to feel good about themselves, often do not bother to think through the consequences beforehand or to check the results afterwards. 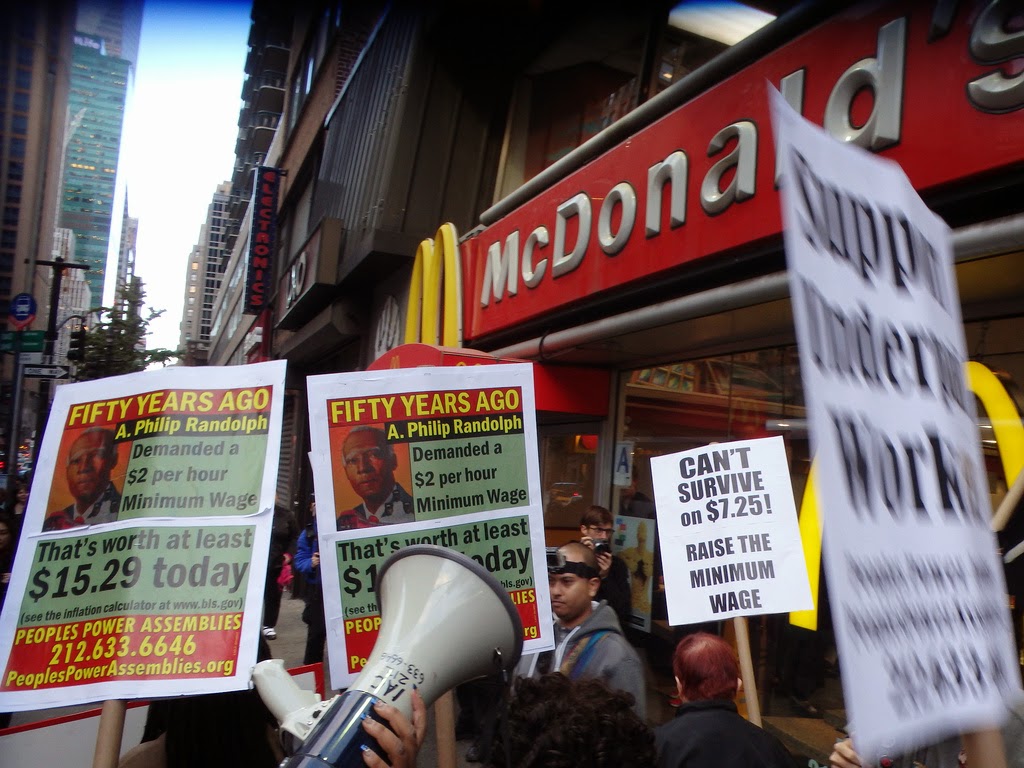 Confidential to the guy who "can't survive on $7.25": if you don't get some skills and experience to make yourself worth more, you'll never be able to survive on your pay, regardless of what the minimum wage is.