I know this is a small story, but apparently the National Football League held its annual price-fixing fest, the draft, this past weekend.  The first publicly declared gay football player was drafted and will be a Ram.  I'm not unaware of the irony in that statement, and I hope you're not either.

That's not the story.

The story is that a safety for the Miami Dolphins, Don Jones, said something politically unacceptable on the Twitter when he saw the images of the draftee and his boyfriend kissing.  He is now being sent for reeducation.  They actually say that in almost those exact words.  From the story on Fox News:


Miami Dolphins safety Don Jones was fined an undisclosed amount Sunday and will undergo educational training after sending a negative tweet about Michael Sam, the first openly gay player to be selected in the NFL draft.
...
Jones apologized for his comments Sunday and described them as inappropriate. The Dolphins said Jones has been excused from all team activities until he completes training related to his comments.

I don't understand what all the hubbub is about, bub.  Sure, he's the first openly declared gay in the NFL, but I can't imagine anyone would think there are no gays in the NFL.  Some percentage of people are gay, although the exact percentage is something is probably not known with great precision.  There are those who want to exaggerate the number higher, and those that want to exaggerate it lower, but at least in my view, any sample of the population will have some percentage that is.  I played a little football in my younger days, and every team had "that guy" who was considered gay.

It's the fascistic reeducation center aspect of the story that's the important part.  Don't mess with the gay mafia, or you'll be eliminated. 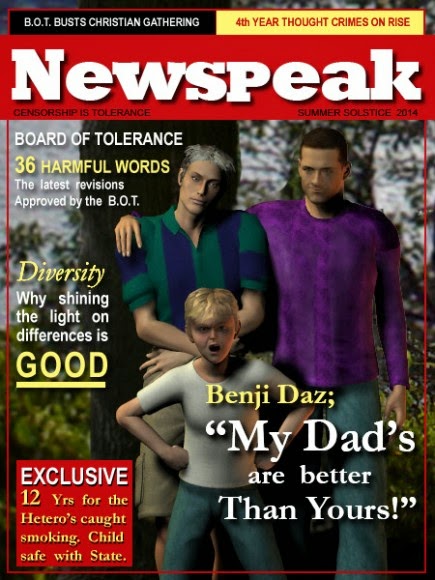