Memorial Day is often thought of as the start of summer and a barbecue day.  We're doing lots of work around here (I swear I'll tell you all about it soon) so no barbecue here, at least not in the "fire up the grill!" sense.  That requires attention, a smoker requires much less; almost zero.  So I popped about 10 pounds of spare ribs in the smoker at noon to smoke for 4 1/2 hours while we worked.   (Add some miscellaneous extra time spent with the door open and you get to 5 PM). Voila: some of the best ribs I've ever had. 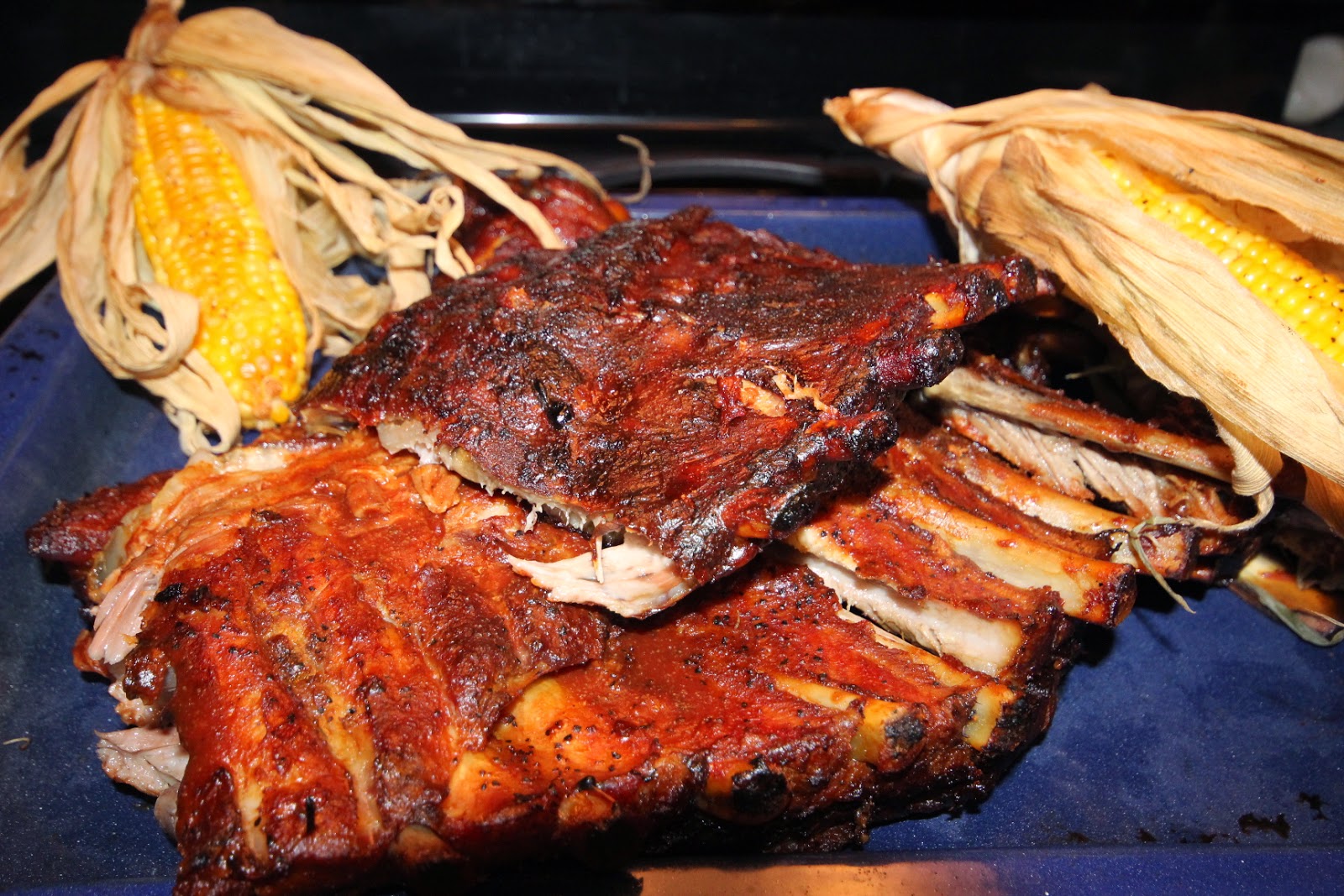 These days I'm using a Masterbuilt electric smoker, specifically the 30" analog model.  In the 30 to 40 years I've had a smoker, I've used a couple of electric smokers and a Chargriller wood fired smoker.  The wood fired smoker (with a side fire box) required tons of maintenance and I found it very difficult to maintain a good temperature inside if it was below 60 outside.  Days when it's under 70 are my favorite kind of day for staying outside all day, but I'd be throwing oak logs and most of a 40 pound bag of charcoal into the smoker to keep it at a good temperature inside.  One of the reasons I got the Masterbuilt was seeing a video of someone smoking a pork shoulder while the outside temperature was 35. The electric smoker, on the other hand, is pretty much a "fill it and forget it" thing.  This one has a simple thermostat and doesn't need to be checked very often; there are digitally controlled systems that work even better.  For ribs, I just cook by time: for smoking pork or beef brisket, I use a meat thermometer with a probe in the meat all the time and external display, and cook by internal temperature and time.

With the electric smokers I've had, you have a pan or tray to fill with wood chips or chunks and a bowl of liquid.  The liquid helps buffer the temperature and also boils whatever liquid you fill it with, infusing those flavors with the smoke.  It's usually called a water bowl, but I always use something that adds flavors, usually either diluted or pure fruit juices.  Yesterday, I used apple cider vinegar.  While you may have to refill the wood chip tray, the vast majority of the smoke infusion and flavoring happens in the first hour or so.  After that, it makes less difference.

The ribs were dry rubbed with salt, pepper, onion and garlic, then smoked dry for most of 4 hours.  At that point I mopped one side with a barbecue sauce (again, my spur of the moment recipe).  Half an hour later, I flipped them and mopped the other side with barbecue sauce.  I threw in a few ears of corn at the midway point.  Most people who write about smoking corn say to peel back the husk, remove as much silk as you can, butter/season the ear, then fold the green husk leaves back over the corn, tie up the loose leaves, and smoke for 1 1/2 to 2 hours.  That's pretty much what we did, except for the tying up the leaves part.  It came out great, too.  We both prefer corn to have a firm, crunchy texture, not the mushy texture you get in so many places where the corn is just left in the hot water until it's sold.