He Had The Right Stuff - But Never Went Into Space

I'm only learning today of John C. Houbolt's passing on April 15th of this year, at age 95.  John who?  Possibly the most important visionary in the Apollo program, he's hardly known at all, but every fan of Apollo knows his biggest contribution.  Houbolt (rhymes with cobalt) designed the Lunar Orbit Rendezvous mission profile and and invented the idea of the lunar module to land on the moon.  While he did not claim to originate the idea (it's not clear who did, nor when), he championed it and made the case as often as he could, despite severe pushback and organizational objections. 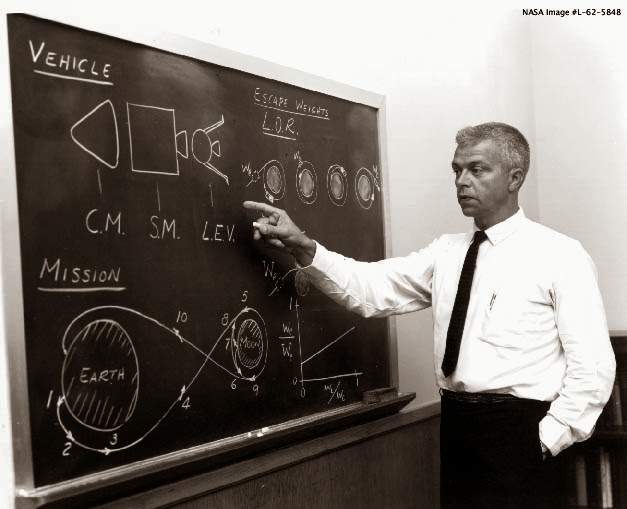 EE Times put it this way:


You may wonder, "What's the big deal?" But it's a big deal for several reasons. At the time he worked on it, there had not even been any manned orbital flights around Earth, let alone vehicle rendezvous and docking, and certainly none around the moon. No one knew if such a complex set of maneuvers was possible in basic Earth orbit; to do it around the Moon seemed impossible. Orbital mechanics and navigation are quite difficult and unforgiving, especially when you are so clearly fuel-limited. (It was so complicated that Buzz Aldrin, Apollo 11's lunar module pilot, did his MIT dissertation on the mechanics of orbital rendezvous.)

The conventional wisdom, supported by Wernher von Braun and on down at NASA, was that a moon landing would consist of a rocket launch from Earth, a brief stop for an Earth-orbit rendezvous, and then going directly to a moon landing, discarding stages along the way. The last stage would "back down" to the Moon and land gently upright, as you have seen in all those classic movies of the 1950s (such as Destination Moon). Return to Earth would require a lift-off of that final stage from the Moon's surface for a non-stop, direct trip home. [Bold added: SiG]

Houbolt did his assessment of the direct-to-moon-and-back mission requirements and concluded it just couldn't be done when you included all of the weight, fuel and risk issues.  The rocket Von Braun envisioned for the moon landings (called Nova) was twice the size of the Saturn V, still the largest, most powerful vehicle ever created - and remember, this was before the first Saturn I was even built.  With Von Braun and all of NASA aligned against him, but convinced his math was right, he was a tireless advocate for the rendezvous approach.  It was then that Houbolt took an extremely unconventional approach and wrote a 9-page private letter to the Associate Director of NASA, Dr. Robert Seamans.  Houbolt wrote:


"Do we want to go to the moon or not?" the Langley engineer asked. "Why is Nova, with its ponderous size simply just accepted, and why is a much less grandiose scheme involving rendezvous ostracized or put on the defensive? I fully realize that contacting you in this manner is somewhat unorthodox," Houbolt admitted, "but the issues at stake are crucial enough to us all that an unusual course is warranted." Houbolt clearly saw that the giant Nova rocket and the expensive and complex Earth orbit rendezvous plan were clearly not a realistic option--especially if the mission was to be accomplished anywhere close to President Kennedy's timetable. While conducting a rendezvous in orbit around the Moon was going to be a challenge, the weight, cost and savings of using LOR were obvious once one realized that LOR was not fundamentally much more difficult than Earth orbit rendezvous. 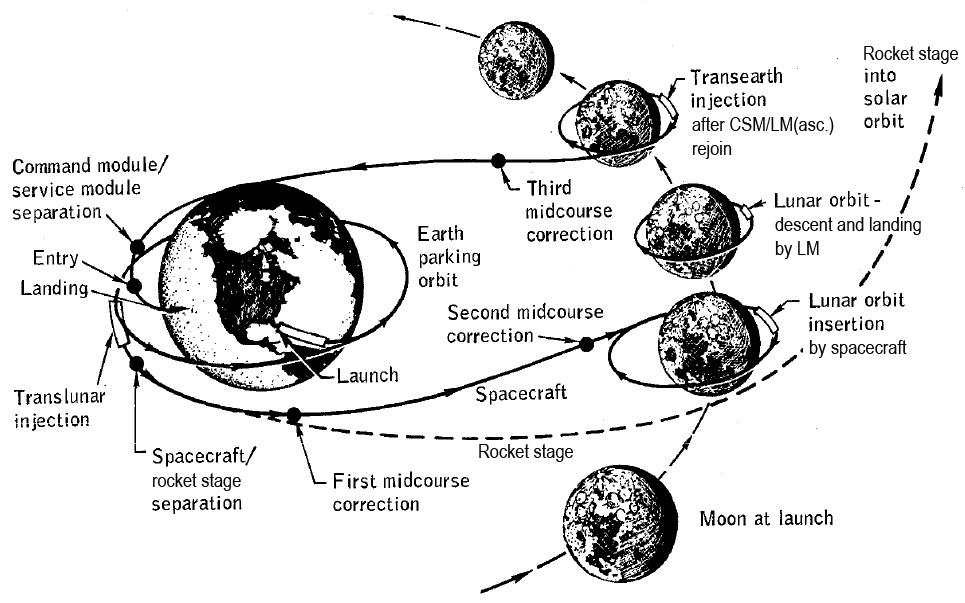 With the ability to design a lander that didn't need to survive earth's gravity and was used and discarded, one piece at a time, the Lunar Excursion Module could be made lightweight, a spindly little craft saving precious weight and fuel every step of the way.  That scaled the massive Nova back to being a single Saturn V, and probably enabled the moon landings more than any other thing.

It has been said that fame is a fickle mistress; in terms of his contributions to the Apollo program, John Houbolt should be a household name.  Such fame rarely comes to guys like John Houbolt and  they generally prefer it that way; Tony Stark is a fictional character, after all.  But in the history of manned space exploration, Houbolt is among the true giants.