Don't Look Now, But It's A Guitar!

Assembly and wiring are done.  I've put two strings on her to test a bunch of aspects - trueness of the neck, whether the pickups and wiring are all good, height of the strings over the neck.  Yes, I've run it through the amp to make sure all that works.  Tomorrow she'll get fresh strings, a careful setup and then I'll be Done done. 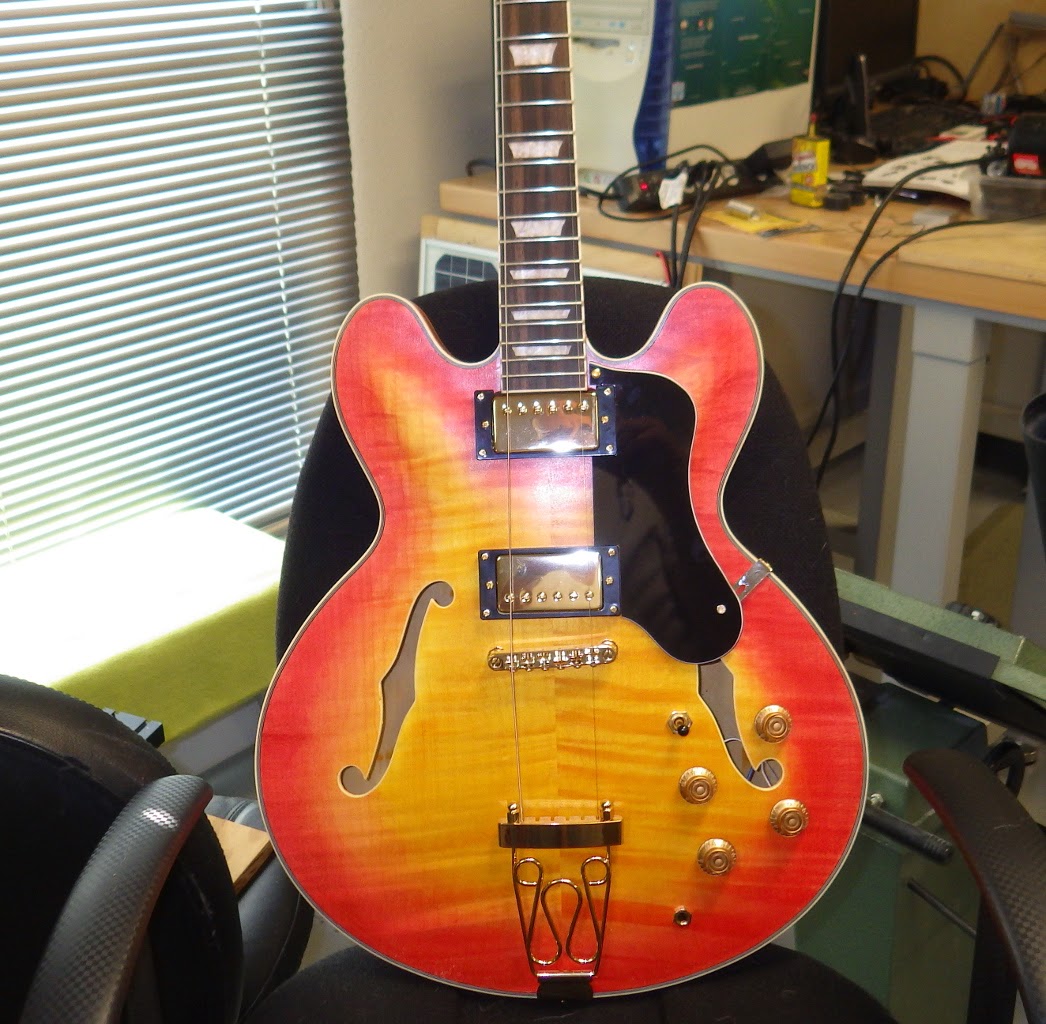 I moved faster than I thought I would today.  I've never actually seen one of these in person, so I spent time looking at hardware with image searches, trying to figure out what some mystery pieces were supposed to be.  I also spent some searching in Bing trying to find out how to wire up everything, so I'm a bit surprised it was built by about 5 PM.  Here's a little montage of a few steps along the way. 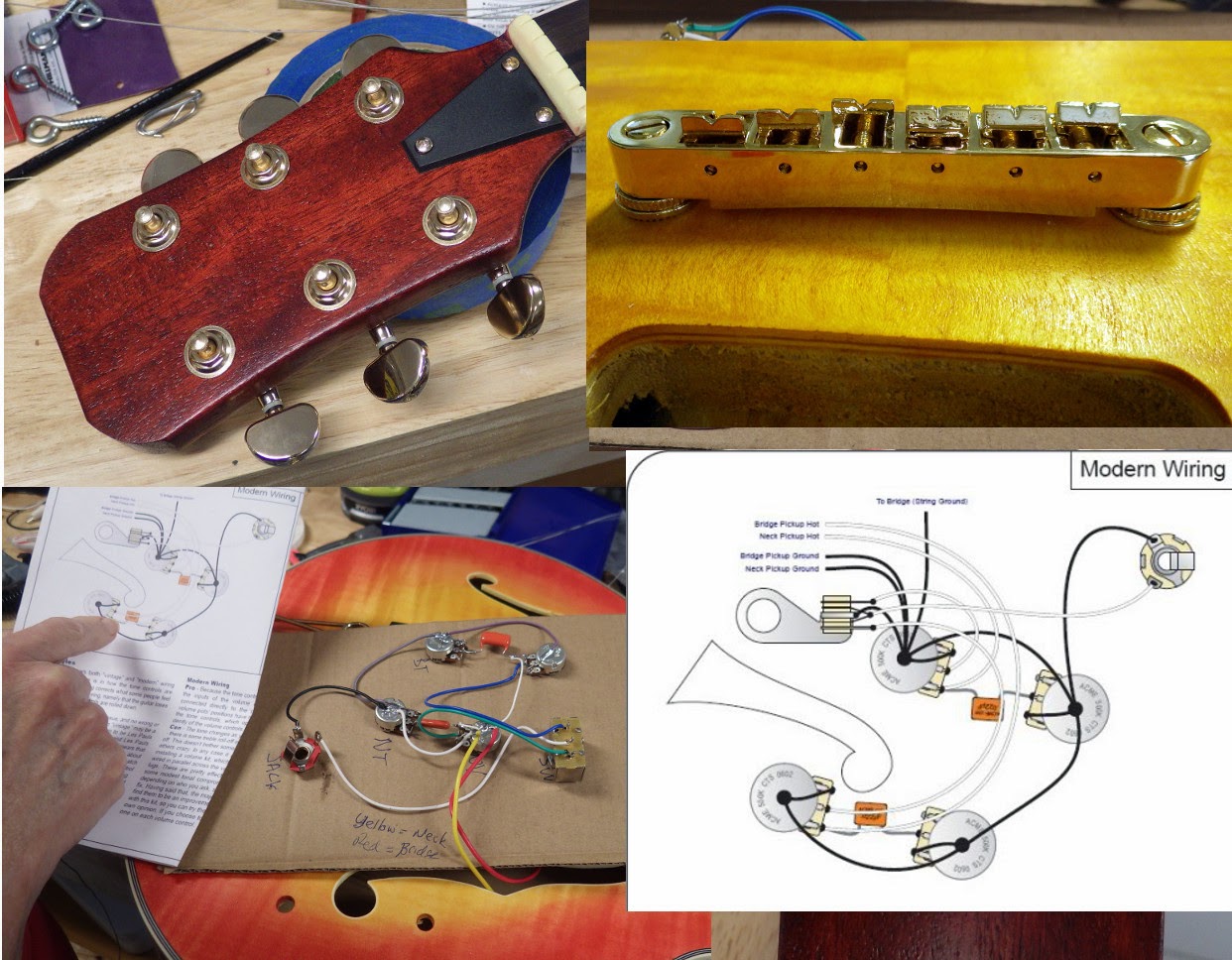 See that upside down piece of cardboard with the electronics built on it, lower left?  The next trick, gleaned from YouTube and elsewhere online, is to fish pieces of string into the body through each control's hole, pull the loose end up through the large "F-hole", and tie the end to each of the six parts.  Then you pull the string back through the hole pulling the control into place.  In theory.  Actually, I expected it to take most of a day, produce books full of spontaneously derived obscenities that I didn't know I knew (sort of an obscene version of speaking in tongues), and generally be a holy terror to build.  It wasn't that bad.  All but one (there's always one...) went in place fairly quickly.  That last one took Mrs. Graybeard's collaboration.

I have to say, with the exception of not including any instructions whatsoever, I'm impressed with the kit.  It's really complete; it even included solder and hookup wire with the electrical parts you need to build it.  Although I've just barely handled her as a complete guitar, I'm encouraged so far.