I Hope They Didn't Pay Too Much

This is one of those studies you come across where you say, "I hope they didn't pay too much for that one".  You know, seems every week there's some news story about a study on something that everybody with a pulse and two brain cells ought to know.  In this case, maybe not that generally known, but I'm sure everyone in the industry knows it.  There is no widespread discrimination against women in STEM career fields.


A new study by two Cornell professors suggests faculty in several different STEM fields actually favor women by a more than 2-to-1 margin over identically-qualified men.

As the Daily Caller article (first link) says, that women are discriminated against is doctrine to the left.  The two researchers approached this study by creating a group of resumes and randomly assigning male or female identities to the resumes, so that each resume was assigned to both males and females.  They then mailed out these as fictional job-seekers in four fields: Biology, economics, psychology and engineering.  They sent slates of job candidates to more than 800 faculty members at 371 colleges in all 50 states, asking them to rank them in order of hiring preference.

What we found shocked us. Women had an overall 2-to-1 advantage in being ranked first for the job in all fields studied....In some conditions, women's advantage reached 4-to-1.

While this was specifically aimed at college professorships, it applies everywhere I know of.  Maybe it's only in companies that have some government contract hiring, but every Technology company I know wants the diversity points so badly they would hire a woman over a marginally more qualified man any day of the week.  I get both Electrical and Mechanical engineering news magazines and the annual salary surveys in both fields have said for years that when adjusted for age and experience, there is no wage gap between men and women.  In general, when pay rates are looked at in any field, this is the case.  The old sound bite about women earning 77 cents for ever dollar a man earns is based on studies that didn't compare men and women doing the same jobs with the same experience.  They end up comparing completely unequal jobs, like entry level day care workers vs. entry level oil field workers; of course the pay rates aren't the same. 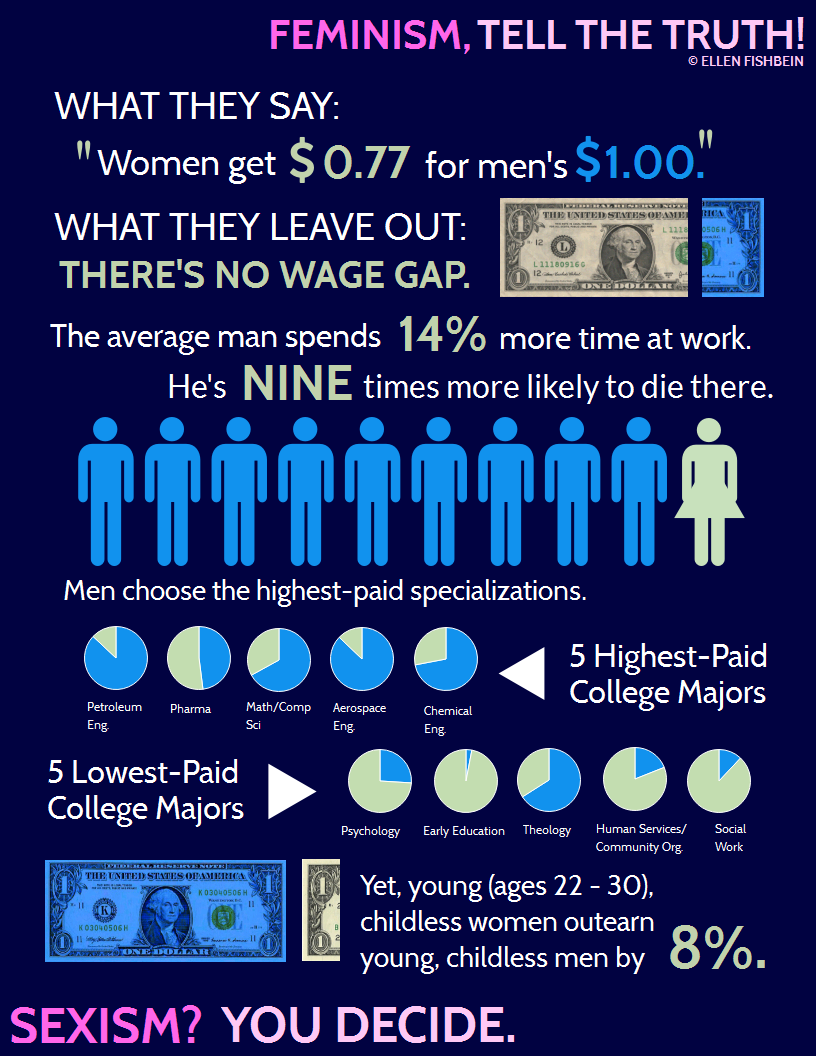 And just as a point of interest, while electrical engineering has quite a lot of women in it, the percentage of circuit designers who are women is extremely small (in my observation, of course).   And I've met only three women in my specialty (RF design) over the last 35 years.  I currently don't work with any women who are circuit designers at all.