My Pick of the Show

I don't have to think long and hard to pick the model I was most impressed with from the show.  It's this small block V8, about a foot long (half-sized?).  It's a fully running V8 engine.  Even sounded a lot like a full-sized engine.  It ran on gasoline and has an oil pump (on the opposite side of the block is a small oil filter), so it's a full four stroke.  The radiator is working.  On his bench alongside this, he had a model differential he's working on and a transmission.  He was under a banner for this forum, where I assume he hangs out. 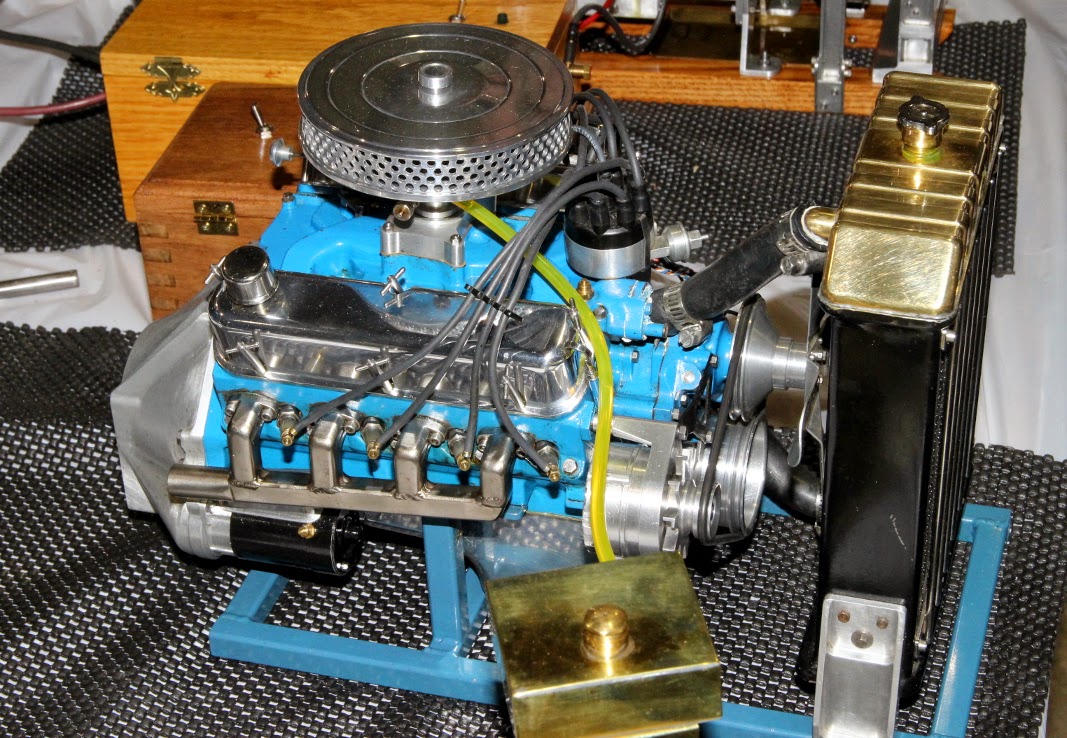 There were lots of IC engines on display.  This guy said he took around 2500 hours to build this; which is more than a work year for a typical full time job (right around 2050 hours where I've worked).  Another guy, when asked how long it took, answered, "I don't even want to think about it".

A model a lot more people around here would appreciate is this one.  Yes, it works, too.  I didn't include the other side where you can see the little cloth belt for the feed, but those looked like .17 Mach 2 rounds to me; about as long as .22, but a side by side with the Hornady bullets you see in the diagram, down the page here. 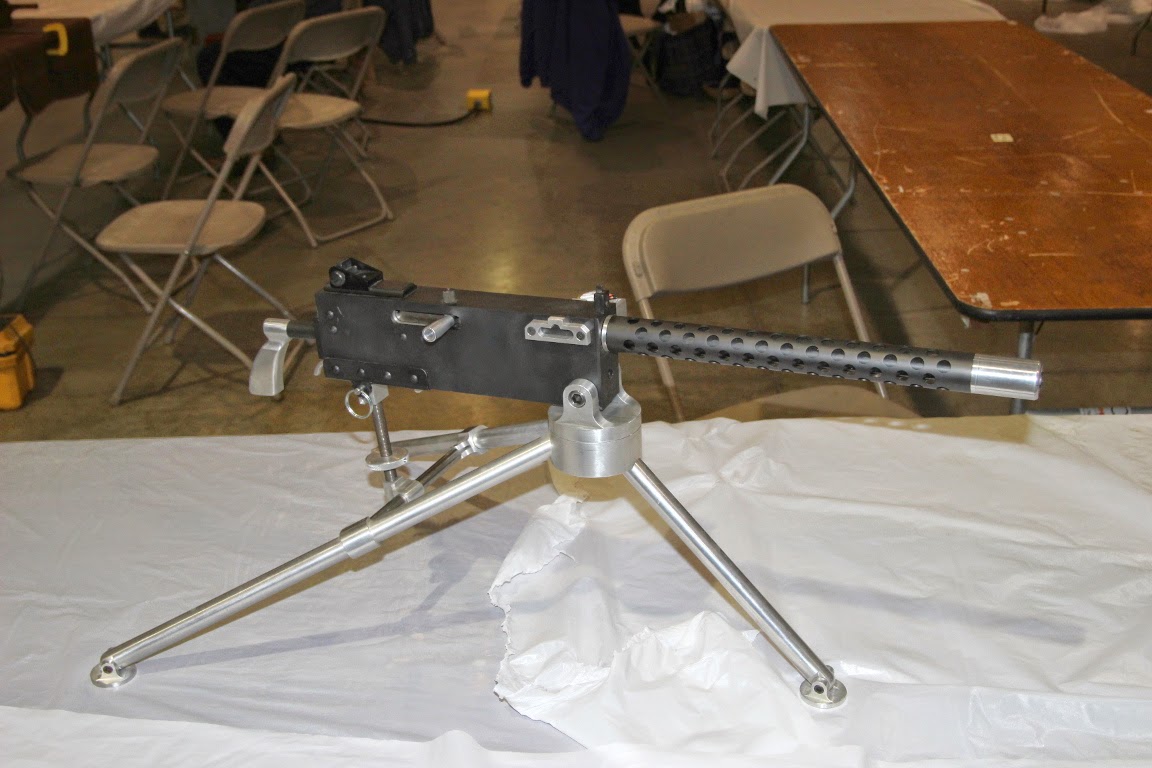 This small collection of models caught my eye: 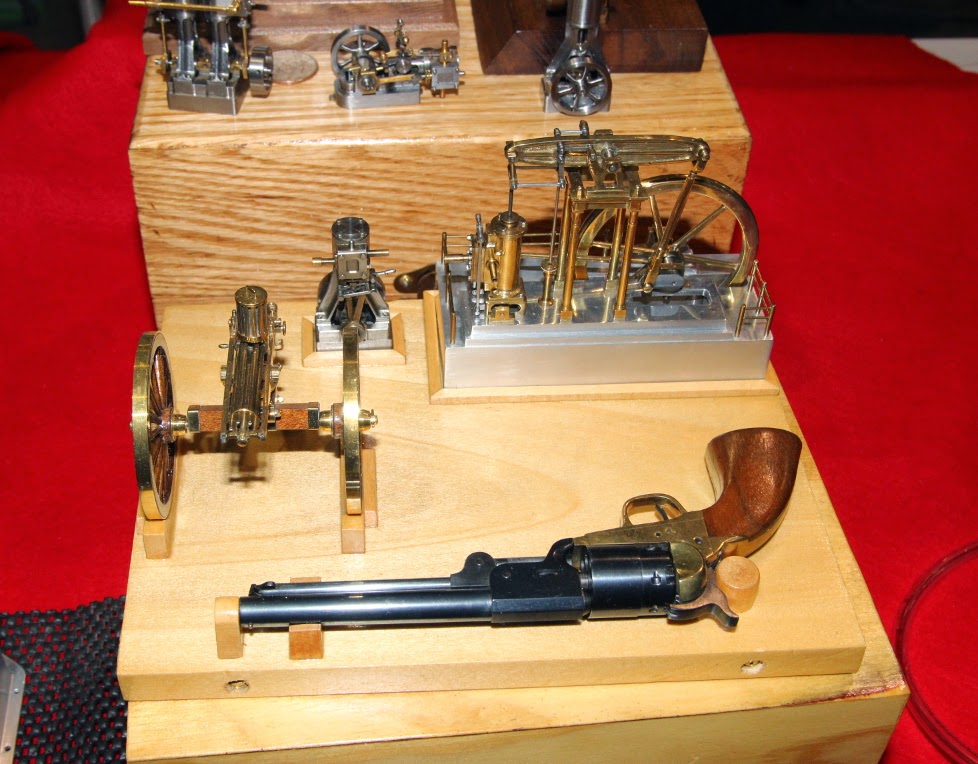 For scale, look up on the back box.  On the left, there's a 2 cylinder engine, then a single, sideways cylinder with a large flywheel.  That shiny thing between them is a quarter.  That replica revolver in front has a trigger guard about the size of that quarter.  Also, note the miniature gattling gun pointing at you on the left.

Finally, I've seen these before, but they're always fun to see.  I didn't ask if it worked, but they usually do. 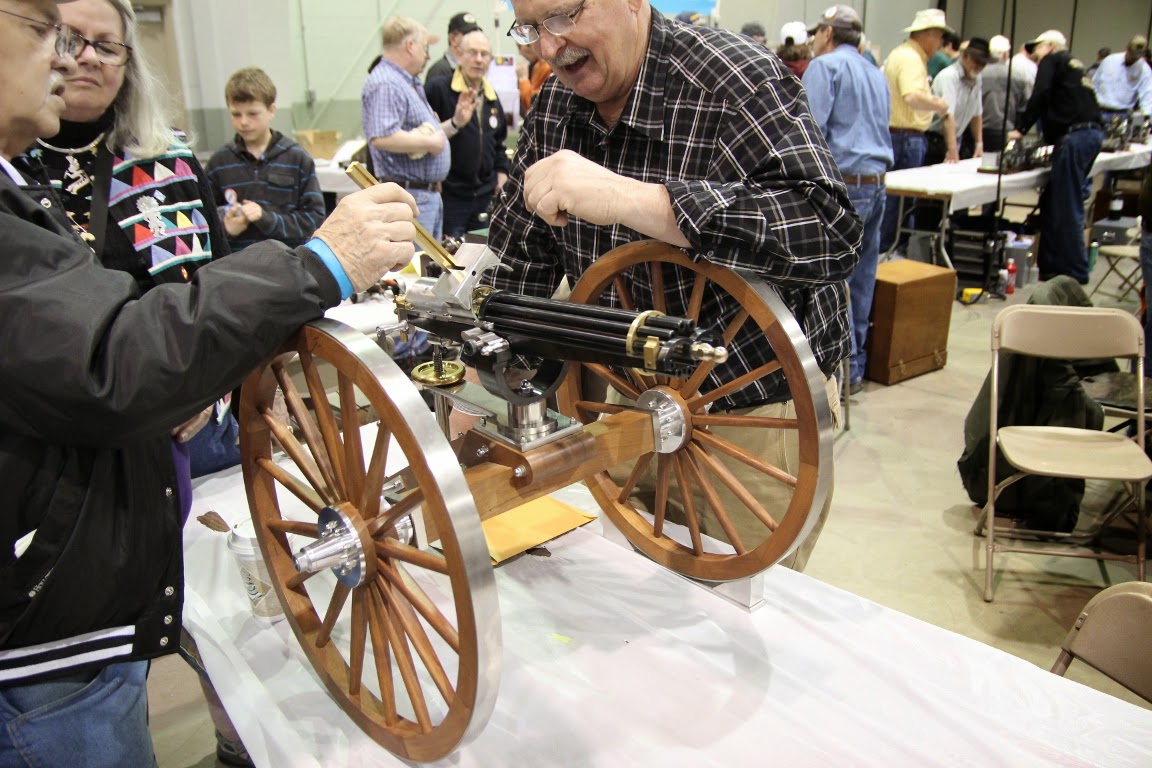