The War on Cash Keeps Spreading

The war on cash is developing new fronts.  At the end of March, I reported about bank requirements to flag Suspicious Activity Reports for withdrawing as little cash as $5000.

Several reports are floating around the 'net about new policies at JP Morgan Chase.  A year ago, Chase changed their policy to say that they are no longer accepting cash payment on credit card accounts, if it's not your account that you are paying on.  At first glance, that may sound like something you'd never do, but what if you and your wife or another family member have separate accounts.  The wording is that you must be either the account owner or an authorized user on the account and provide ID to pay cash (remember the old joke about "cash accepted with 3 IDs"?).  You can, however, pay anyone's account if you use a check or other, more traceable payment.

This April, Chase expanded the prohibition to cash put in safe deposit boxes.


In a letter to its customers dated April 1, 2015 pertaining to its "Updated Safe Deposit Box Lease Agreement,"  one of the highlighted items reads:  "You agree not to store any cash or coins other than those found to have a collectible value."  Whether or not this pertains to gold and silver coins with no numismatic value is not explained.

The problem here is that Chase is one of the biggest banks, one of the Too Big To Fail banks, so the policy of not allowing coins in your safe deposit box is likely to be picked up by other banks.

It works the other way, too.  ZeroHedge reports that this weekend, a Swiss hedge fund manager calculated that he could save his clients' money (remember Switzerland is charging interest on savings, not paying interest) by taking out the contents of the fund's deposits as cash and storing them in a vault.  He'd pay less to store piles of paper than the fees to keep it in the banks.  The bank refused.  They didn't have that much cash, nor could they see how they could get it in a timely fashion.


“We are sorry, that within the time period specified, no solution corresponding to your expectations could be found.”

While the bank wasn't named, the Swiss National Bank has expressed concerns about clients wanting to avoid the penalties of negative interest.  They've said on the record, “The National Bank has therefore recommended to the banks to approach withdrawal demands in a restrictive manner.” 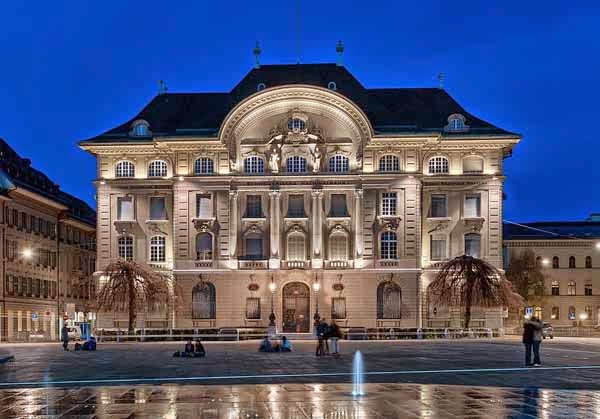 Central bankers have suggested that they'd be able to control the money supply so much better if we just eliminated cash.  In this case, granted that it was probably a very large amount of cash in this case, but the precedent that a major bank would refuse to let customers have their own money, based on some notion of "common good", is a terrifying precedent, indeed.