Just How Wrong Were They About the BP Oil Spill?

H/T to Mike Miles at 90 Miles From Tyranny for this link to an article on how the dire predictions about the BP Deepwater Horizons spill never came to pass. The article is co-authored by one of my favorite economists, Stephen Moore. If you remember, the 2010 blowout released 3 million barrels of oil deep in the Gulf of Mexico.  I vividly recall watching the oil blowing out of the well and thinking the hydrostatic pressure at that depth is around 2200 pounds per square inch, so if the oil was at lower pressure, there would be no "spill".  The water would push down the bore and cap the oil by itself.  Instead, the oil was blowing out.  It had to be under more pressure than that; if it was a surface well oil would be coming out at incredible rates.  I was marveling at how much pressure the oil must be under in its rock.


But the good news on this fifth anniversary is that the lasting ecological damage from the spill that was originally feared, has not happened. The dire predictions by the media and the major environmental groups proved wildly off base.

Why?  A combination of reasons.  Eco-groups always overestimate the sensitivity of the environment to disruptions.  In this case, the tremendous hydrostatic pressure helped.  The dispersants and skimming equipment helped.  The natural response helped.  It seems most people don't know the floor of the gulf of Mexico seeps oil all the time and has for geologic times.  Bacteria developed long ago that feed on that oil.  These bacteria were "fertilized" by the oil spill, and "bloomed" - increased in numbers greatly - digested the oil, and died off.

Go read.  The article is short but full of good news, for example:


Some of the apocalyptic damage estimated proved to be mere propaganda. The National Center for Atmospheric Research predicted at the time that oil would enter the so-called “loop current”, reaching Florida’s Atlantic coast within a week. Synte Peacock, a NCAR scientist, warned “the scope of this environmental disaster is likely to reach far beyond Florida.” Not to be outdone, CNN meteorologist Chad Myers breathlessly reported that “there will be tar balls all the way up the East Coast, all the way to Europe.”

But the oil didn’t make it to Tampa—let alone Europe as the requisite combination of winds and current failed to materialize. By the end of July, NOAA Administrator Jane Lubchenco admitted that “For southern Florida, the Florida Keys, and the Eastern Seaboard, the coast remains clear … ”

(Image from Fox News, late in the period before the well was finally capped). 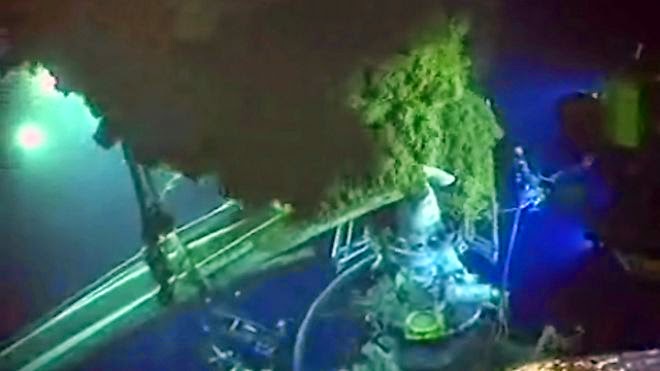 Letting the article have the last words:


Most in the environmental movement portray the ecology of our planet as fragile and weak. No. The story of horrific accidents like this and natural ecological occurrences like Katrina, is that Mother Nature adapts and she has awesome healing powers.

The Gulf recovery has been swift and impressive and the doomsayers were thankfully wrong.