Fox News in New York issued an interesting report stating that US-based Aetna Insurance and Newtopia, a Canadian company, are working to prove that genetic testing can reduce medical costs to employers, so that they can sell that as part of corporate wellness programs.


Sparking the push to add genetic testing into corporate wellness offerings is a new program from the health insurer Aetna and Newtopia, a small Canadian company that creates personalized health-improvement programs. Their offering uses data from initial wellness program steps like physicals or blood tests to figure out which employees are vulnerable to metabolic syndrome.

That's a group of conditions like high blood sugar, poor cholesterol or a big waistline that, when they occur together, increase a patient's risk for heart disease, stroke and diabetes.

This prompts speculation that companies will genetically screen employees as part of the employment screening process.


In fact, corporations are looking to new genetic testing programs to see if they can predict the probability of disease in future employees. The technology is said to help companies avoid hiring employees who take extra sick time and is supposed to help the companies cut down health expenses altogether.

Wellness programs are sold on the basis that they save employers money.  I've never kept it secret that I'm skeptical of these programs, but to say that at work is to confess to eating babies or something awful.  In reality, employers can push workers harder if the workers can take it.  If they keep having to replace workers who crack under the stress, they don't get the work done.  But there's a really simple solution to reducing the cost impact to corporations:  get them out of the health insurance business.  Make health insurance like car insurance or any other insurance.  Get the government out of health insurance.  That makes it more competitive, and more market based, especially if the byzantine rules that keep you from buying across state lines are gone.  People can buy their own car insurance, is that all that much simpler than health insurance?

Regardless of whether companies are going to start genetic screening, or if that's just wild speculation, it's been my contention for some time that the conventional full time work that we're used to is going away and will likely be gone within the lifetimes of people reading this today, if the trends continue.  The reason is the same: government over-regulation.  The pressure from these rules will help force work relationships to be more independent contractors and far fewer full time employees.  I work for a very large company, so we're not going to be 100% contractors anytime soon, but for new, start-up companies, the barriers being constructed are going to prevent them from growing beyond 50 people (the current number).  The cost of keeping up with new laws and regulations is simply too high.  As Elizabeth MacDonald at Fox Business News put it, "The government, in a sense, does create jobs in the private sector—a massive vegetative, unproductive universe of workers dedicated to dealing with federal rules."

There was a report this week from the Competitive Enterprise Institute showing that the cost of regulations took $1.88 Trillion away from productive uses in our economy.  If U.S. federal regulation was a country, it would be the world’s 10th largest economy, ranked behind Russia and ahead of India. Regulation nation is bigger than Canada.  Their report, with the wonderful title, "Ten Thousand Commandments" lists some memorable facts:
For years, I've been arguing we need to start pruning the Code of Federal Regulations back.  There's a "Regulatory Improvement Act" already in process that would establish a Commission to comb through the Code of Federal Regulations, now 175,268 pages long, and look for harmful, redundant or outdated regulations to get rid of.   That will address the monster we have, adding automatic sunsets or expiration dates for new regulations would help keep the monster from growing as much.  For starters, all new laws would expire after a period time, for example, five years.  Automatic expiration provides a painless way to get rid of obsolete or ineffective rules, and still allows Congress to easily renew successful regulations with a vote. 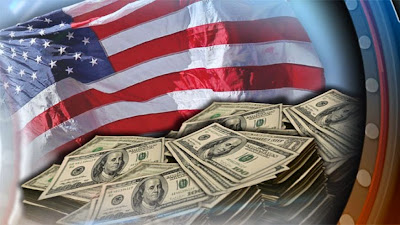