Techy Tuesday: Space - It's Genuinely Scary Out There - Part II

It has been quite a while since I ran part I, but an article I saw today got me thinking about the subject again.

The overall topic is the dangers of travel to Mars, as well as living on the surface. Life on the surface of Earth has a big advantage: the Earth protects us from dangerous radiation common in deep space.  Earth's magnetic field, and to a lesser extent the atmosphere, protect us from Galactic Cosmic Rays, GCRs, high energy particles believed to come mostly from exploding stars.  NASA's Human Research Program has just reported on a study called, “What Happens To Your Brain On The Way To Mars?”.


Astronauts on deep space missions risk significant damage to their central nervous systems from galactic cosmic radiation (GCR), which could diminish their abilities to deal with mission-critical events, according to a new study from NASA’s Human Research Program.

The problem is exposure to those GCRs during the trip.  Astronauts onboard the International Space Station have the advantage of living inside the magnetic "bubble" that Earth's field produces, so they're not exposed to it.  The only humans in history who have been exposed to the potential of high energy GCRs found in deep space were the handful who went to the moon.  Their exposure was brief; a few days at most, and I recall reading missions were planned around expected low sunspot activity (solar CMEs are another form of high energy particles).  According to Charles Limoli, professor of radiation oncology at the University of California Irvine (UC-I) School of Medicine.


“Performance decrements, memory deficits, and loss of awareness and focus during spaceflight may affect mission-critical activities, and exposure to these particles may have long-term adverse consequences to cognition throughout life,”

The effects of exposure to GCR are similar to those experienced by brain cancer patients, who receive much higher doses of radiation. There is little protection from spacecraft shielding at GCR energy levels, according to the researchers, who suggest the best countermeasures may come from pharmacological solutions that block free radicals and protect neurotransmissions. “But these remain to be optimized and are under development,” Dr. Limoli notes.

In addition to the problems from radiation, the physiological effects of that much time in space could also be trouble.  As it is, long-term crews on the ISS need to do a lot of exercise to maintain bone density, but they still lose some bone.  Mars travel is an application where spinning the craft to create pseudo gravity could be a life saver.

These problems of a long space voyage are enormous, but I don't think they're insurmountable.  A vehicle that could continuously accelerate half the way there and decelerate for the other half would drastically reduce the amount of time spent in deep space over our current "boost and coast" approach.  This means entirely new approaches to rocket engines because chemical rockets require dragging along too much fuel to be able to run continuously.  A very likely approach would use nuclear powered rockets.  Being placed at the front of a spaceship with nuclear reactions going on behind them would expose the crew to much less radiation than riding conventional rockets.  Some designs that have been investigated would allow 60 day trips to Mars.  Boost and coast trips would take 18 months.  (Both of these are travel time)  In addition to potentially increasing the amount of time available for the surface activities in the mission, simply reducing the time in flight from 500 days down to 60 would dramatically cut the amount of radiation exposure. 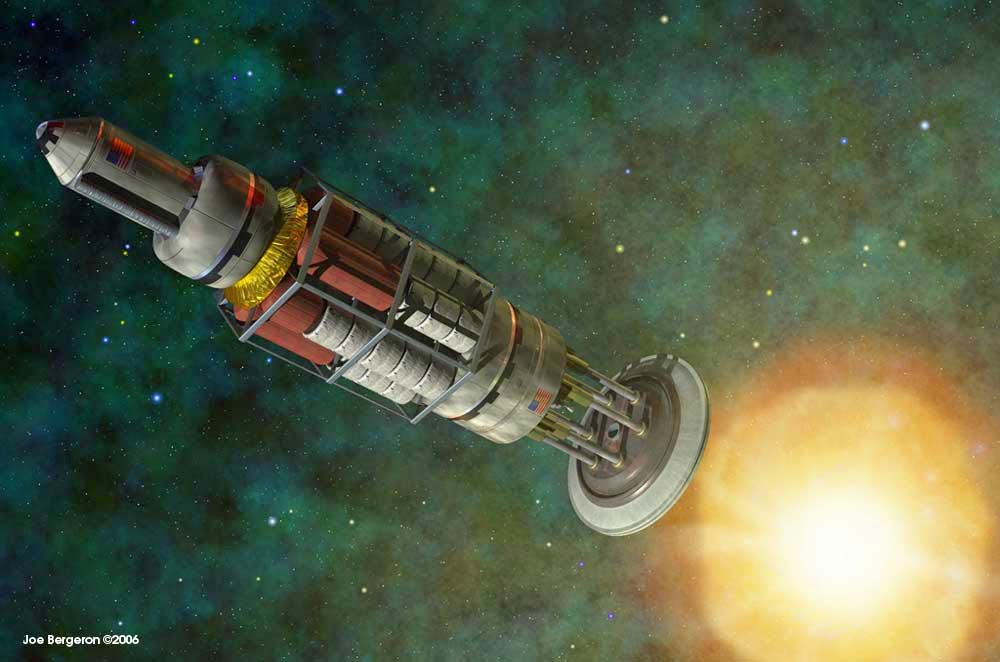