Why I Hate Day-to-Day Politics in Three Easy Pieces

I don't want to sound like a broken record, but long time readers will have seen me say that I view following politics like cleaning the cat's litter box.  It's a dirty, nasty, disgusting job, but if you don't do it, it only gets more disgusting.  Which is where we are now, as a nation.  (and, seriously, I love cats as much as anyone, but I guar-an-damn-tee you that the guy who invented chemical warfare had a litter box in house for inspiration)

I present three easy examples in the news from the last couple of days in no particular order.  Three stories that make me say, to borrow a phrase from the Crusades, "Kill them all and let God sort them out".

US Representative from Miami and pretty much continuous criminal Alcee Hastings says Congress needs a pay raise.  Before running for congress, Hastings was a judge.  He was convicted of soliciting bribes in 1989, impeached, and kicked out of his office.  After some time (presumably to learn better criminal skills) he ran again and has been a fixture in office ever since.  He has a constant barrage of allegations of criminal or unethical behavior against him, ranging from nepotism to sexual harassment, but he keeps getting re-elected because his Gerrymandered district in south Florida will always vote for anyone with a D after their name.  In his 2012 election, he won 85 to 15% over an NPA opponent

Hastings apparently feels the $174,000 a year he makes (legally on the books) is clearly inadequate.


"Members deserve to be paid, staff deserves to be paid and the cost of living here is causing serious problems for people who are not wealthy to serve in this institution," said Rep. Alcee Hastings during a Monday Rules Committee hearing on the upcoming year's legislative branch appropriations bill, according to Roll Call.

Leave it to Washington criminals to grow the government, causing the cost of living in DC to go up as all those new DC workers try to live there, and then say they need to take more of our money to pay for the cost increases they created.

Perhaps you caught the headline on Drudge today that last night the Stupid Party gave more powers to Obama.   In what universe does "give more powers to Obama" sound even remotely like a good idea?  I don't know if you know the details on this Trans Pacific Partnership agreement that the president keeps pushing, but in case you haven't read it ... OK, that was a lie.  You can't know details and you can't have read it because the actual text is a classified document.  To follow the "even a broken clock is right twice a day" principle, I'm going to quote Elizabeth Freakin' Warren (!):

(side note - if you've gotten emails from GOA or NAGR (I forget which one it was) saying the TPP is going to gut gun rights, they haven't read it either.)

So the Stupid Party acted to give the president more power to work on the TPP and other agreements with the same countries on his own.  Since he already has his pen and his phone, I'm not sure why they felt they needed to formalize their bending over, but they did.  It's a strange alliance.  The president is pushing the treaty hard and alienating all his usual allies: the unions, the anti-corporate crowd, and the socialists - like Elizabeth Warren.  Instead, he's allying with the major corporate donors in what is virtually certainly going to be a trade agreement filled to the brim with more cronyism.


In perhaps the most unusual alliance in the debate, Obama’s trade agenda will soon rest largely in the hands of Rep. Paul Ryan (R-Wis.), who was the Republicans’ 2012 vice presidential nominee.

Now chairman of the Ways and Means Committee, Ryan is leading the push to secure as many votes as possible from the Republican side of the aisle for Obama’s fast-track authorities on trade deals. He has been working with Boehner’s leadership team convening meetings with Republicans to educate the dozens of junior lawmakers who have never considered a trade deal like the potential Pacific Rim pact.

3.  Is it Principles or Pimping?

Rand Paul made a very public mini-filibuster of the renewal of the PATRIOT act, talking for 10 1/2 or 11 hours.  I'm a little mixed on this because I'm against the NSA "Giant Sucking Sound" approach to this sort of intelligence.  I think targeted listening, like any other police investigation, is a much better approach rather than just collecting every bit of data criss-crossing the country and crunching it to find keywords.  We do have a 4th amendment in this country; whether it's completely dead or still on life-support, I'm not 100% sure.  Killing the PATRIOT act might well help it start breathing again.  (By the way, anyone who has not read James Bamford's "The Puzzle Palace" history/biography of the NSA really should.  It explains much about why they like to work the way they do.)

The thing about this one that gets it into my simple three examples is that while I respect Rand Paul, and might even vote for him in the primary, I got a fundraising email from him every few hours for three or four days.  Or so it seemed.

My problem with this comes down to whether he was fighting the PATRIOT act because he's truly  opposed to it, or because he (or his advisors) think the people he wants to appeal to are opposed to it.  Was the filibuster only done because they thought that we will be more likely to contribute to his campaign if he runs the filibuster?  Was it just a glorified (and pretty much completely free) campaign commercial? 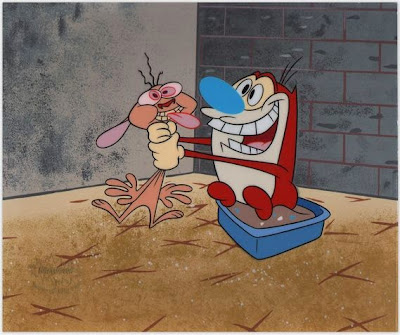