In what appears to be one of those few moments where the statists reveal their real hopes and intentions, panelists on a forum held at the Federal Election Commission headquarters (FEC) in Washington on May 12 suggested a number of solutions to the perceived problem of a lack of women participating in politics. This wasn't official FEC business, it was a "brainstorming meeting" paid for by someone else, but it's still highly instructive.  Here we have members of the FEC and some other organizations addressing how to solve the problems they think exist in the political system.  Their proposals included quotas for women in office, more public funding of campaigns, and total overthrow of the American economic system.


The forum, hosted by FEC Chairwoman Ann Ravel, has been the subject of controversy in recent weeks. Though it was paid for by the independent agency and hosted in FEC facilities, the Democratic commissioner was the sole organizer of the event and selected all of the panelists herself.

Ravel, who has served as the current chair of the FEC for four months, recently said she was going to use her position to focus on “getting information out” to voters. She noted that the goal of the forum was to “contemplate solutions to the underrepresentation of women in the political process” and to look at “the challenges faced by women in running for office.”

That link in the second paragraph is to an article in the New York Times in which Chairman Ravel said her agency would be unable to prevent criminal tampering with the 2016 elections.  Which ought to come as a surprise only in the sense that she committed a DC gaffe: she told the truth.


“The likelihood of the laws being enforced is slim,” Ann M. Ravel, the chairwoman, said in an interview. “I never want to give up, but I’m not under any illusions. People think the F.E.C. is dysfunctional. It’s worse than dysfunctional.”

Conventional wisdom is that elections have to be won by such a substantial amount, called the margin of fraud, that they don't go into recount.  Ask Al Franken.  But back to the fun of the special conference at FEC headquarters,


“If I was really playing God, I’d probably have to completely, like, dismantle our economic system, that doesn’t value women’s work in the same way it does men’s,” said Adrienne Kimmel, one of the forum panelists. Kimmel also serves as the executive director of the Barbara Lee Family Foundation, which describes itself as working to “advance women’s equality and representation in American politics.”

Kimmel suggested that women have a diminished role in politics because they are also excluded from the top levels of the business world.
...
In addition to quotas, Norris said, campaign finance laws could be used to encourage women to run for office. In particular, she suggested, limits should be placed on “donors and caps on parties in terms of how much they can spend, and caps on candidates.”

The U.S. Supreme Court ruled such limits to be unconstitutional in its 1976 decision, Buckley v. Valeo, so Imposing expenditure limits on federal candidates or political parties would require a constitutional amendment.

“I know in America that sounds as though it’s a radical revolutionary – I won’t say left-wing agenda – but nevertheless brand new idea,” Norris went on. “If you’re in Britain and you’re running as a candidate of any party, you can’t really spend that much money – $15,000 to $20,000 maximum, basically… You can’t buy ads, so that gets rid of that. You shove a pamphlet through people’s doors, that’s it, and then you meet people,” she said.

There's a pretty stunning openness in the article.  There's no hiding the fact that they want to tear apart the country as it exists and remold it to their own desires, as the Fabian Socialists used to say. 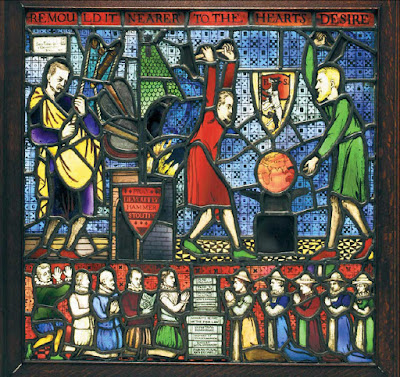