Everyone's favorite agency, conceptually paired forever with the Patriot Act, the TSA has just turned in some wonderful performance on "Red Team" tests where agents try to smuggle guns, bombs and knives onto aircraft.


Homeland Security officials confirmed to Fox News that TSA screeners failed 67 out of 70 tests -- or 96 percent -- carried out by special investigators known as "red teams."

In one case, an undercover agent with a fake bomb strapped to his back set off a magnetometer -- but the screener still failed to find it.

Karl Denninger has a good perspective:


If there had been a mere 10 said people in this country (out of 330,000,000 people in the nation) nine planes would have been blown up and the 10th guy would have detonated himself when he got caught, blowing up the airport instead.

It also says, as Karl more or less points out, that nobody in the last 12 years has even tried to smuggle something onto a plane in America because the odds are almost certain that they would have succeeded.

But the most important thing it's saying is that every penny spent on the TSA is a waste.  Again, the only surprise here is that they admitted it.

Cheer up, TSA.  You're not completely worthless.  You can always serve as a bad example. 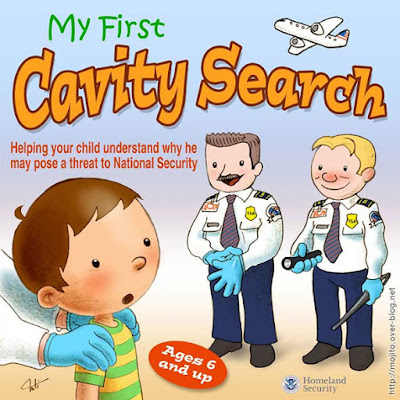 Labels: big freakin' out of control government, commies and other idiots, Events, politics