I gotta tell ya, sometimes I just don't know what to make of things going on in the world.  It's like we crashed the space ship in Lake Michigan and are stuck on the wrong planet (extra credit for getting the reference).

On Saturday, I heard some awful noises coming from the TV and found it was the Hildebeest giving a campaign speech.  Opposite her was a movie called Spawn on the SyFy network.  Gee, a movie about the Devil's Spawn or the real deal?  I'll watch the movie.

But that's minor.  I think I've come across the one that bends my mind the most: the transabled.  This story appeared earlier in the month, with their example case being a young man who felt the need to become disabled and cut off part of his arm.


OTTAWA — When he cut off his right arm with a “very sharp power tool,” a man who now calls himself One Hand Jason let everyone believe it was an accident.

But he had for months tried different means of cutting and crushing the limb that never quite felt like his own, training himself on first aid so he wouldn’t bleed to death, even practicing on animal parts sourced from a butcher.

“My goal was to get the job done with no hope of reconstruction or re-attachment, and I wanted some method that I could actually bring myself to do,” he told the body modification website ModBlog.

That Canada National post article covers a variety of ways in which people felt they were "disabled in a normal body".  It includes a young woman in a wheelchair who always felt she needed braces on her legs, although they always tested normally; a Scottish man in the early 1900's who requested both of his legs be amputated and others who want to be blind, or want to be castrated.

Doctors call this Body Integrity Identity Disorder (BIID), and "Jason" is perfectly happy calling himself that in that ModBlog interview.   As the Wikipedia article says, sufferers feel they would be happier living as an amputee, or being "transabled."[2][3][4] It is related to xenomelia, "the oppressive feeling that one or more limbs of one's body do not belong to one's self".  However, Canadian  Researcher Clive Baldwin says this disorder is starting to be thought of as a neurological problem with the body’s mapping, rather than a mental illness.  Perhaps their brain's map of their body doesn't properly cover the body part the sufferer considers foreign because of a problem in the nerves from that part.

The similarities to gender reassignment are obvious, but with the gender reassigning folks having the ability to have qualified surgeons remove your sexual organs instead of doing it themself with a power tool as "One Hand Jason" did.  As Ben Domenech at The Federalist put it:


... And this raises other troublesome questions: Is wanting to cut off certain essential body parts reasonable, while wanting to cut off others isn’t? Is self-mutilation something that we ought to hail as courageous and brave, but cutting yourself as a teenager problematic? Cutting your genitalia is good, but cutting off your hand isn’t? What if you are really into pirate cosplay and need that peg leg or hook hand to make things complete? Is it okay to say you’re mentally disturbed and need therapy and should probably try skipping Comicon, or is that a hate crime yet?

I would hope that modern medicine comes up with treatments for BIID that are effective and help people live with their bodies, but to be honest, I don't know they can.  The brain is an amazing network and can apparently screw up profoundly in many surprising ways.  Yes, I am making the value judgement that someone who voluntarily cuts off perfectly good body parts is doing something wrong.  Personally, I was a little put off at people putting magnets into their fingertips to feel magnetic fields; this is way beyond that.  I suppose I must be "cis-abled" and of course being an old white male, I must be a hater.  Mostly, I believe in the axiom of "first of all, do no harm". 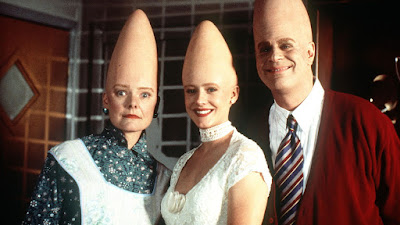