Techy Tuesday - Did Tuesday Seem Like A Long Day to You?

Strangely, it really was longer than the usual day today.  Exactly one second longer because a leap second was inserted into Coordinated Universal Time (UTC).  This was at 0000 UTC on July 1st, which was 8:00 PM on June 30th Eastern Daylight Time, 7:00 PM Central or 1349 PM on October 13th, The Year of the Walrus in California.


Instead of the clock rolling around to 00:00:00 on July 1 as per usual, the time will actually jump to 23:59:60 before finally ending up in July a second later. The previous leap second, which was inserted in June 2012, caused a number of high-profile technological issues, and it's likely that the leap tonight will cause some problems as well.

Leap seconds are added because the rotation of the Earth just isn't quite as perfect time as we can measure.  I gave a few examples here of just how accurately we can measure time and some of the implications.   In UTC, which is the basis for all the time zones on Earth, a day is defined as 86400 SI seconds.  How long the Earth actually takes to rotate on its axis is somewhat varied, however: for the past few centuries, the rotation of the Earth has been slowing, causing mean solar days to get ever so slightly longer.  The kicker is that not only is the Earth's rotation slowing, it's slowing at an irregular rate.


In an attempt to ameliorate the artistic differences between UTC and Earth, the leap second system was introduced in 1972. Leap seconds can be inserted (or removed) at the end of June or December. There is no regularity in the system, though—nine seconds were inserted between 1972 and 1979, but only three seconds have been added since 2005—which is problematic in domains that demand regularity.

So who cares?  Anybody in any of the industries that care deeply about how long a day is, and the exact number of seconds since a previous event occurred.


In June 2012, when the last leap second was applied, reddit crashed, Gawker went down, lots of Linux servers fell over, and Australian airline Qantas had some computer problems that caused up to 50 delayed flights.

In some cases, it was computer operators being caught unprepared (i.e., old systems and software packages that haven't been updated), but sometimes it was newer code that just wasn't tested adequately.  Remember Y2K?  Yeah, it's like that.  I recall going out to an old computer system I was using, tied to an HP Test System that was antiquated but irreplaceable, and setting the date to 2000 a few months ahead of need.  It handled the date just fine, but in some places on the screen  messed up the text-mode display.  (I'm really dating myself - in the archaeological sense). 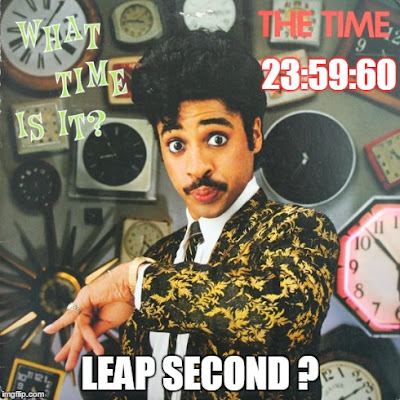 (Speaking of dating myself, Morris Day, of Morris Day and The Time, an entertaining diversion in the 1980s, from).