When Evil Strikes, Blame the Thing, Not the Person

"Blame the thing, not the person" is like the motto of the Brain Dead.  Shooting?  Blame the gun!  (Unless you're in Canada or another place with strict controls, in which case "it's just an outlier").

In this case, it goes: Racism?  Blame the flag!  Hat tip to Irish who points out that all racism ended yesterday.


Well, it is official and in case you have not heard, an inanimate object is to blame for the nations racial strife! Once again libtards and rinos are tripping over themselves in an effort to banish forever from the halls of history, state house lawns and Confederate Memorials the Confederate Battle Flag. From South Carolina to Mississippi "do gooders" are calling for the flags removal! Hell, even WalMart has got in on the act announcing they are pulling merchandise that bears the dreaded "Stars and Bars".  I wish there was some way I could apologize for that social misfit-drugged-zombie-killer being under the "spell" of the flag and shooting those people in their Bible class, but I cannot. Neither can I blame the 1911 .45 a.c.p. handgun. I would love to ask these politically correct wannabes this question; Once the flags are gone and the division of the races fails to disappear, who or what will be to blame? Shame on all of these politicians and the pundits who have turned this tragic event into a media circus and are using it to promote their agendas.

I don't know what they'll blame the next time some psycho goes off.  Whatever object that happens to be around, I suppose.  Since people are incapable of controlling themselves, it must be some object around them that makes them do evil things.

Although I've lived in the South since I was 3 (so almost a hundred years), the history of the flag and the dark times of the First Civil War have never held much interest to me.  It's only in my later adulthood that I've become more interested in history as a broad subject.  I've had it explained to me, though, that after the War, the Yankees took so much from the south that many felt that the flag was all they had left. I'm sure many of you could teach me a thing or three here.

All that out of the way, it's just remarkable how quickly the media swooped down onto this topic.  It's like they had a stack of possible battle plans and just picked the appropriate one.  Nobody was talking about the confederate battle flag 10 days ago.  Today, a week after the mass murder, other states are rushing to drop the flag and stores are racing to show just how politically correct they are, too.  Amazon is dropping them, although Nazi items are still cool to sell.   Walmart is dropping them, but still sells products featuring mass murderer Che.

For some perspective it really hasn't been that long since we saw these: 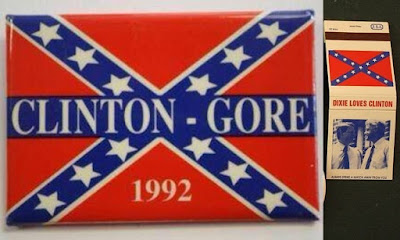 and even less time since we saw this one: 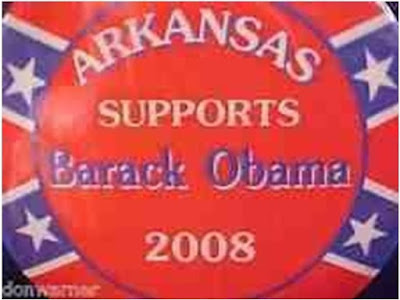 I really hate the bitter smell of hypocrisy.   (source of both pics)

Labels: big freakin' out of control government, commies and other idiots, Events, politics