Among the Best Financial Pieces I've Ever Read

Last weekend, the Bonner & Partners newsletter I get every day was particularly good.   Instead of notes from Bill Bonner, they gave the platform to financial writer and podcaster James Altucher.  Altucher is an unusual thinker and because of that has been interviewed by Glenn Beck, Tim Ferris and others.  He has been a multi millionaire a couple of times and lost it all a couple of times.  He has been a hedge fund manager and author but is probably best known for an article he posted on LinkedIn called 10 Reasons You Have to Quit Your Job in 2014.  The columns are available in 3 parts on the Bonner website and I really think they're worth your time.  Part 1,  Part 2 and Part 3.

Now let me throw out a few quotes that really stood out to me.  As a teaser to encourage you to read the whole thing.

Part 1.  The Ultimate Cheat Sheet for Investing All of Your Money
Part 2. What I Learned About Life After Interviewing 80 Highly Successful People  (Seriously - read this one).
Part 3.  The Secrets of Personal Finance
Don't miss the list of the 15 life skills needed to make more money.  As he says, these are never learned in college. 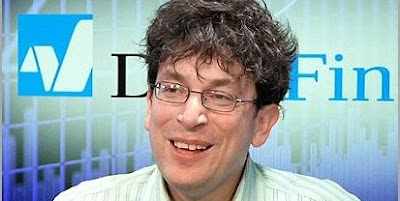