The Lessons of Cecil the Lion

H/T to Michael Bane for posting a link to Captain Capitalism on the whole Cecil the Lion affair.

In a week where the undercover videos of the horrific things happening at Planned Parenthood kept getting more and more disturbing, the Networks went into panic mode about Cecil and ignored the sale of aborted baby parts.


According to the Media Research Center, in just one day, the various broadcast networks’ news programs have already given the death of Cecil the Lion more coverage than two weeks of videos that appear to show  Planned Parenthood senior officials ghoulishly trafficking illegally in dead baby parts...

Regular readers will know that I'm not a hunter, and that I have cats, so I'm especially unlikely to go hunting a cat.  Dropping about $60 or $70,000 to go shoot a lion is nowhere on my list of things I'd like to do.  On the other hand, I know enough about this stuff to know that you don't just fly to some place in Africa, grab your gun off the plane and "go shoot you a lion".  You pay big fees and have to be led by local guides; you can only hunt in managed areas for managed animals for a trophy.  When I heard that this dentist had killed this "celebrity lion", I immediately figured the guides must have done something really wrong and the first thing I heard about the incident (aside from that it happened at all) was that the guides were under investigation.  The dentist may well have shot the arrow, but the fault is the guides'.

But the outrage against the dentist who bow hunted the lion has been nothing short of complete, unbridled rage, with death threats, horrible insults being thrown at him online, and more.  The guy basically has had to go into hiding, close his office, layoff his staff, and abandon his patients; the crowd rage has hurt a lot of other people.  We've seen glimmers of this before, some of which I wrote about here, for example.  But here's where Captain Capitalism did something more constructive than I did.


And so naturally like any agitating realistic and principled person I went online, made a YouTube video and told people to stop being sheeple and think about how the media is potentially ruining an innocent man's life all to boost ratings.

Teh interwebz were having none of it.

Now, Dr. Palmer wasn't the only one getting death threats, but so was I.  And this of course, bathed in an endless list of brilliant and cogent arguments presented by the YouTube community about me "being a dumbass" or "a stupid fucker" and other arguments of intelligence, thought, and ponderance proving the quality of education the Millennial generation is receiving in college.  But it wasn't the death threats or names that forced me to pull the video (that comes with the territory), it was when they started posting the private data of Dr. Palmer that I now had a legal risk.  And so unfortunately the video had to come down.

And there's a couple of big lessons here.


Still, we don't need the video to realize a very important and vital lesson about the mental faculties of your average American.  And that lesson is they are no longer capable of logic, reason, empiricism or sanity.  Worse, they're so selfish and narcissistic, they happily put their emotions over principles and the rights of others.  With no proof (at that point in time) that Dr. Palmer was guilty of violating any law people were already threatening to kill him, ruin his career, and ruin his life.  Some were so far gone they said they didn't care about the legality of his kill, they just thought he should be punished for hunting.  And it is this principleless, amoral, mindless mob who put their emotions over, not just an individual's rights, but reality, facts, and truth that not only makes it difficult for the legal system to mete out justice, but is undermining our respective societies today.

The real story is not that poor Cecil was tragically shot.  It's that western civilization, specifically the younger generations, have lost their collective minds and do not have the mental faculties to be adults, let alone adults in the free world.  They are effectively zombies.  And there is no reasoning with them.

Consider that this is a group of people who would kill someone or just ruin their life because they were involved in a tragic mistake on another person's part (the guides in this case) but the group doesn't care at all about the killing and dismembering of humans for profit.  It's hard to argue they're fit to make the important decisions incumbent in a democratic republic. 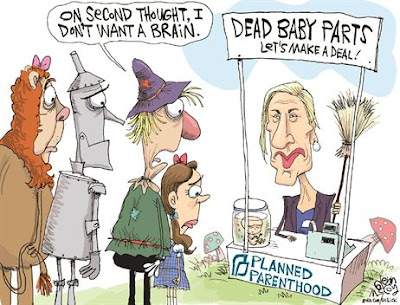 As Captain Capitalism says, prepare for dealing with the zombie hordes.  For real.