When Figuring The Distortions From Central Banks..

Don't forget that they've changed the very nature of the stock markets.

The Hildebeest made an anti-freedom speech the other day in which she promised to impose much higher taxes on those who hold stocks for less than two years, branding it "short termism" and "quarterly capitalism" - as if she or any other clown in the Fed.gov should be able to decide how long you should hold onto any investment.  People should be able to hold an investment for however long suits them; if they're 40 years from retirement I'll bet they're more friendly to holding stocks longer than someone that's two years away.  The issue of the microsecond traders is only a minor side note to this.  Why is it better for the economy to hold on to a stock for 2 years and 1 day than to hold it 1 day less than 2 years?  Or even six years versus 2 years?  What does it accomplish except hurt certain people?

First off, it's laughable she'd imply she's going to do anything the big banks and brokers oppose.  She's clearly steering hard left because she's afraid the commie will suck votes away from her and affect her air of inevitability.  But it's hard to imagine a bigger crony to Wall Street than any Clinton.  She is absolutely not going to do anything to damage the ones who have funded her so greatly.

But on another level, the distortions caused by the central banks are the biggest reason for this whole way of working.  In the 19th-century, Swedish economist Knut Wicksell explained that when you push lending rates below their “natural rate” – the rate determined by the return on capital – you get distortions.  Instead of doing the hard work of improving the business, and being more innovative, they can borrow money for next to nothing and go try to find something with a higher yield.  The central bank manipulations encourage this short termism. 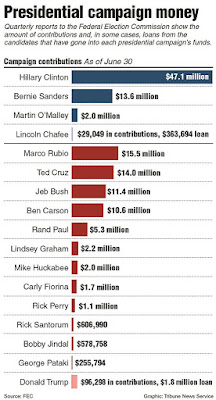 (source)
As a politico with long track record of wanting to micromanage every aspect of everyone's lives, Hildebeest is responsible for the very thing she's trying to punish.