That's it.  Today was my last day - at least in this go around.

I started working full time in late 1975.  Before that, I worked part time while going to school.  Since '75, I've been unemployed for 6 weeks.  It was '82, during the post-Carter recession, when Fed Head Paul Volcker raised the prime rate to 21.5% (at one point) to stop the near-runaway inflation of the late 70s.  Since then, I've been laid off, but left one job on Friday and started another on Monday.

Suffice it to say that not punching the alarm on Monday is going to be strange.  A friend who retired and is back (where I just left) said it took about 3 or 4 weeks for it to sink in, and I'm thinking the second week of January will be when I realize I'm retired.  It's the holidays, after all, and the plant shuts down next Thursday until January 5th, so I think I'll be in the Christmas break mindset for a while.  Once everyone is back at work, it will sink in.

Everyone was asking what I'm going to do.  Projects, of course.  To begin with, all of my ham radio antenna projects begin with the phrase, "when it cools off, ..."  It hasn't really cooled off to the extent it can in a Central Florida December; tonight's forecast low of 52 is probably the coolest it has been since last March, but it sure isn't summer, either.  I need to do some maintenance on my little antenna tower, and see what kind of shape it's in.  I really haven't done a thorough look at all of it in at least a year.  Then I need to fix anything that needs fixing.

The main project is the CNC conversion of my Grizzly G0704, which I've written about many times, and I think I can get that going pretty easily now that I have more than just 3 or 4 hour days on the weekends.  Then comes a bunch of projects, but I don't really have anything chosen, yet.

I have to admit, though, I'm a radio designer and I'd like to keep my hands in it, perhaps developing a Software Defined Ham Radio - although that market is saturating these days.  One of my good friends sent me email about an interesting option for serious home SDR or other programming options.  Computer graphics giant NVIDIA has put together a small computer based on one of their graphics engines, and calls it the Jetson TK1.  The heart of it is the NVIDIA Kepler GPU (Graphics Processing Unit) with 192 cores.  To control and run that, it has a quad-core ARM Cortex-A15 CPU; similar to the processor on the new model Raspberry Pi, except it's probably faster.

The Amazon description refers to NVIDIA Kepler chip as having "192 CUDA Cores".  What's a CUDA Core?  The important thing to know about graphics chips is that they're floating point math engines, so at its heart a CUDA core is like the old "math coprocessor" chips you may remember.   Floating point math is more involved for a processor than integer math is, so floating point operations take longer than integer operations.  You may have seen reference to a computer running some number of "MIPS" - Million Instructions Per Second.  The equivalent to Instructions Per Second is referred to as FLOPS - Floating Point Operations Per Second, and a million of them is a MegaFLOP.  The Jetson TK1 runs 326 GFLOPS or 326 Billion FLOPS; almost a third of trillion floating point operations per second.

At a third of a teraflop, this is essentially a supercomputer in the palm of your hand for under $200.

I see at least one book on CUDA programming,  which says:


CUDA is a computing architecture designed to facilitate the development of parallel programs. In conjunction with a comprehensive software platform, the CUDA Architecture enables programmers to draw on the immense power of graphics processing units (GPUs) when building high-performance applications. GPUs, of course, have long been available for demanding graphics and game applications. CUDA now brings this valuable resource to programmers working on applications in other domains, including science, engineering, and finance. No knowledge of graphics programming is required–just the ability to program in a modestly extended version of C.

C is not my native programming language, but I've taken a class in it and done enough that I shouldn't be completely wet behind the ears.  I think with some refresher time, maybe online training, I might be able to crack the nut of developing the software and hardware of an SDR. 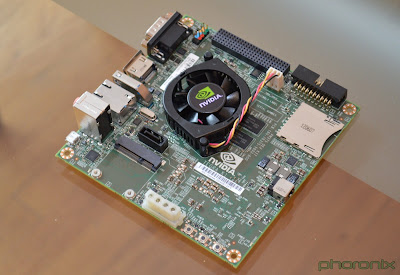 So far, I only have one job offer and I can't say for sure how serious it is or if I'm going to do it.  I have some things I'm interested in looking at to supplement income, but for now, I'd like to stay retired.  At least until summer when the weather gets crappy for being outside again.

The same friend who sent me the information on the TK1 once told me that a previous office mate of his had done a lot of analysis on retiring ASAP or working longer.  This FOAF had done a thick binder of Excel sheets of scenarios.  The conclusion?  "Retire early - and often, if you have to".  In other words, get out ASAP, and if you need to go back to refill the account now and then, worry about it then.  Those are words to live by.