It's Official - America is Out of Problems

Years ago, the insightful Mrs. Graybeard came up with an interesting theory behind the epidemic of gang violence in this country.  Perhaps it was born from talking with a friend's high-school age daughter who had just returned from a year long mission trip to Uganda, and told us of how earnestly and seriously those kids go to school.  How they'll do anything to get an education; compared to her peers in an American high school the previous year who acted like studying was doing their parents or "society" a favor.  Perhaps it was an NPR story, similar in tone, about Indian children who work in factories putting the flammable heads on matches and desperate actions to get them into schools.

The conclusion was that Americans have it too easy.  It led Mrs. Graybeard to theorize that instead of having to "hunt and gather", meals are provided at school or EBT cards are handed out to vast numbers (almost 50 million).  With the time on their hands that might have been spent hunting, they turn to hunting each other, giving their predatory instincts an expression.  Dominance posturing that might have been done with mock fights, like some animals, or by collecting shiny baubles like Bowerbirds, turn into death matches over gang turf.  Same instinct, more malignant in expression.

I don't know if that's really true or not, and I'm not advocating for a return to child labor.  What's more, I don't even know how to test the idea, but columnist Derek Hall of Townhall.com writes a piece with a similar theme, saying "We're Out of Problems".

That’s means we’re at around 6,000 years or so of recorded human history, right? Add to that that thousands of years unrecorded before that, and you realize people have been around here for a while. Yet, in the year 2016, we find ourselves in a heated debate over what is or isn’t a man or a woman.


Since we are out of problems – we have food, shelter, medicine, etc. – we’ve decided not to celebrate but rather to create problems out of thin air.

For example, the left rambles incessantly about "income inequality".  Of course incomes aren't equal, that's meaningless.  But no one stole income from someone else.  To think so is laughably juvenile.  The left always seems to believe the economic pie is so limited in size that if one person has a larger slice, it must mean they took pie from someone else.  Conservatives always believe we can make more pies, and we're surrounded with proof of that idea.  Derek Hall talks about Mark Zuckerburg from the "Book of Faces".  While I dislike the company and don't have an account, Hall is 100% right when he says,


Mark Zuckerberg is not worth $35 billion because you aren’t, or because anyone else isn’t. He didn’t take $35 from a billion people. His wealth was created, not taken. Earned – a concept we used to understand and celebrate, but now go out of our way to scorn.


Many of our nation’s poor are fat, lazy and satisfied. They have flat screen TVs and cable, microwaves and Internet, and all the food they need. Even our homeless have cellphones. Because we don’t have to wake every day to forage for food and hope some simple scrape won’t lead to an infection that kills us, we’re afforded the luxury of feeling cheated by someone having more.

It's a good piece and worth a read.  Last words to Hall: 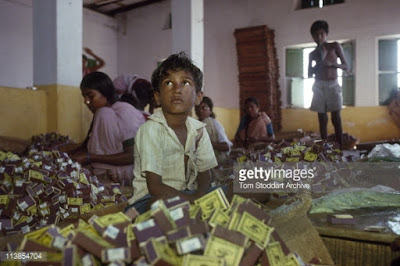