Techy Tuesday - Do Intel's Layoffs Signal the Death of the Desktop?

It's one of the stories being bandied about.  EE Times newsletter is saying that Intel announced the layoff of 12,000 workers today, about 11% of their work force.  What's eerie are details of the layoffs.


Good night to the PC as an icon and driver of the semiconductor industry. Intel Corp., its head cheerleader and advocate officially cut it loose today announcing a cut of 12,000 employees, 11% of its staff amid a sequential decline in quarterly revenues and profits.

Essentially, the layoffs are coming from their PC products division.


In the reorganized company, Intel’s client computing group still makes up 55% of its revenues. Its growth engines include its data center group which now makes up 29% of revenues. Its newly reformed Internet of Things Group combines what has been a thriving embedded division with an emerging IoT business.
...
As some analysts anticipated, Intel is leading with its strong foot – a data center market its Xeon chips dominate and an embedded market where it is gaining increasing sway.  “We are evolving from a PC company to one that powers the cloud and billions of smart, connected computing devices,” said Krzanich in a press statement announcing the quarterly results.

People have been predicting the death of the desktop for quite a while, although the frequency of those reports goes up and down - like here, for example.  An unintended consequence of Moore's Law is that the constant increase in the density of parts, and increase in level of integration combine to mean that companies can only grow if the market for their parts is expanding, not even staying static.  For the last few years, smartphones and tablets have been the growing markets that fueled semiconductor sales.  Those numbers are tailing off as the number of smartphones approaches "one for everyone on the planet who could use one".  That's one reason for the hype over the Internet of Things: the hype could grow the IoT market and the number of parts the semiconductor makers can produce.

Think about the single board computers like the Raspberry Pi: these use Smartphone parts and allow a sub-$40 retail computer that can do as much as many people really need.  It raises the question of whether anyone should buy a new desktop.  There's really nothing a modern tablet lacks compared to a desktop; except for the larger screen of the desktop's monitor.  In addition, the trend is for online apps to replace software installed locally into your machine's "Program Files" folder.  It's simply the case that most users don't need or want to work that way anymore.  While I had Microsoft Office '03 until a few years ago, in order to keep growing the program (to keep sales going), they keep adding features.  From what I've seen I'll bet not one user in ten thousand needs all the features that they put in Office.  Today, I use Open Office, but even that is more than most need and a bit anachronistic.  When I work on the Gun Blog Variety Show podcasts, we all use the online Google Docs program.  Nothing lives on my machine; it's all in Google's cloud.  We can all simultaneously edit the same document.  We don't need to be editing the same section that another user is editing, but that's virtually always the case.  It was the case at Major Avionics Corporation, where we used more arcane tools but could edit different sections of the same document stored on a shared drive.

Part of me says "you ought to grab a last-generation desktop", but there probably won't be such a thing for a while.  Do you need to get one?  If you have a desktop that's under (I'm guessing) four years old, you probably won't buy much by upgrading to a new desktop.  With Intel closing off that division, I have to wonder if Intel based desktops will be available much longer.  Still, unless you're the rare "power user" who puts large demands on a system (and, increasingly, "power user" equals "video gamer")  look at whether or not you could live with a tablet.  A tablet with a keyboard replaces tapping a glass touch screen to type, making it just as easy to use as a laptop, and just as powerful as a desktop. 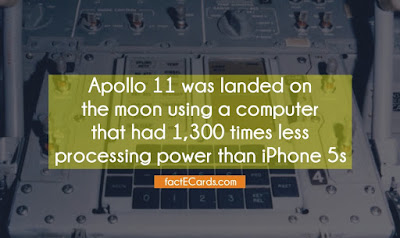