Today, a couple of news stories broke that shed light on how bad the situation in education really is.  Did you know that over the past weekend, there was a White Privilege Conference held in Philadelphia?  The 17th Annual White Privilege Conference?  The Daily Caller got reporters registered and sent to this conference.  If you should ever think, as I have, that the occasional mentions of "check your privilege", or of the whole "white privilege" concept, are just isolated little snits being held by various "aggrieved victim studies" majors, we'd better think again.  They are hell bent on taking over and destroying our educational and other social institutions.  Worse, the enemy is inside the gate.  They are already at work inside those institutions.  The conference is largely attended by teachers, who are largely going on taxpayer money.

Meet Dr. Heather Hackman, of Hackman Consulting Group.  Dr. Hackman's talk topic was how expecting students to show up on time and grade them on performance were forms of white supremacy.


On Friday, Hackman was given a platform at WPC to deliver a workshop with the lengthy title “No Freedom Unless We Call Out the Wizard Behind The Curtain: Critically Addressing the Corrosive Effects of Whiteness in Teacher Education and Professional Development.” The long title masked a simple thesis on Hackman’s part: Modern education is hopelessly tainted by white supremacy and the “white imperial gaze,” and the solution is to train prospective teachers in college to be activists as well as pedagogues.

In fact, Hackman argued teachers shouldn’t even bother teaching if they aren’t committed to promoting social justice in school.

In Hackman’s telling, virtually everything associated with being a good student in modern education is actually just a tool of racist white supremacy.

“The racial narrative of White tends to be like this: Rugged individual, honest, hard-working, disciplined, rigorous, successful,” she said. “And so then, the narrative of U.S. public education: Individual assessments, competition, outcome over process (I care more about your grades than how you’re doing), ‘discipline’ where we care more about your attendance and making sure you’re not tardy than we care about your relationships … proper English must be spoken (which is just assimilation into standard U.S. dialect), hierarchical power structure, and heavy goal orientation.”

While the traits listed may simply be regarded as positive traits for success in the modern world, Hackman described them as specific cultural traits chosen and emphasized to favor whites to the detriment of non-white groups, who are forced to assimilate white traits such as good discipline and goal orientation or else be left behind.  [Emphasis added - SiG]

Got that?  Not only is it not proper to teach students to be on time, do their own work, and try to excel at those things, it is fundamentally racist (and therefore wrong) to ask students to be good at anything.   Funny thing, I never noticed any problems about "heavy goal orientation" among the kids of any race I saw practicing everyday for a shot in professional sports.  I guess "heavy goal orientation" is only a problem if the goal is to be good at math?  Or be at school on time?

Dr. Hackman has clearly lost, or never had, knowledge of why she's there in the first place.   She's there to help kids learn how to fit into the world around them.  She's there to help them learn to be successful adults.   Instead, she's the most horrible, sadistic kind of person a student could find.  Anyone who adopts her belief structure is going to fail at school, be unable to get any kind of job except the ones they'll need to compete with Bender for.  She's condemning them to be miserable for their entire lives.  How mentally ill do you have to be to do that to children?

Dr. Hackman shouldn't be let within a hundred yards of a microphone, or within a half mile of a classroom.  Anyone who would ruin the lives of hundreds or thousands of kids, like she wants to, is a monster on a par with the worst mass murderers in history.


She predicted her approach will triumph, and the sinister force she dubbed “Super-Whitey” (and compared to the Eye of Sauron) will eventually be swept aside.

“Your time has come,” Hackman said. “If I was a white faculty member and unwilling to get with the program, I do not have any business in teacher education … We do see you, Super-Whitey. We’re coming for you.”

If I give too much column space to Dr. Hackman, it's the pure evil she preaches.  The conference featured three days full of crap like this.  Another example, reported widely, was Paul Kivel "author and activist" quoted as saying that everything bad in the world comes from Christianity.  His Biblical knowledge seems just as solid as Dr. Hackman's knowledge of what education should be.  He probably was physically close to a Bible at some point in his life, but it's doubtful he ever read it.  He certainly never studied it.


“In the United States, there’s seven to 10,000 predominantly white, Christian men, who run the major institutions in our society: The corporations, the political parties, the think tanks, the foundations, universities, [and] cultural institution,” he said.

While I think it may be approximately true that "there’s seven to 10,000 people who run the major institutions in our society", I think the rest of that paragraph is unsubstantiated assumptions.  Frankly, after reading the article on his talk he comes across as even less coherent than Dr. Hackman.

This is the Gramscian march through the institutions in final, full color.  Unabashedly racist, unabashedly communist, too stupid to know they're doing wrong - or too evil to not to do wrong, and you're probably trusting your children to them, all day every day, under the threat of deadly force penalty of law. 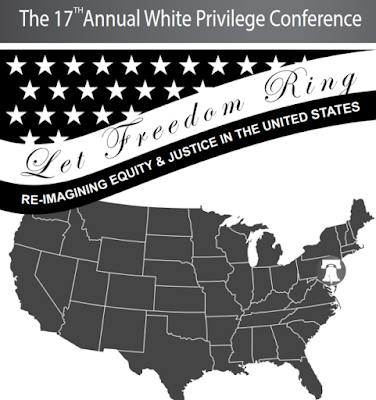 Labels: big freakin' out of control government, commies and other idiots, I_Have_No_Words