Confidential to the Scientists Marching for Earth Day 2017

On your Earth Day March, here's a little confidential tip from someone just on the outside of your circle: if you want to be respected more, try doing more respectable science.  From last August.

And my personal favorite quote:

Best story?  Best freaking story!!!??????!!!!  Arrrrggggghhhhhhhh  Science isn't supposed to be stories!!!  One out of six?  Doesn't that mean you screwed up that one time but that's the one you published?!?

While I go find a blood pressure pill and a soothing cup of tea, it is, after all, Earth Day, that pagan religious holiday of mainstream America.  Time for my favorite Earth Day story.


Earth Day, as most of you know, is a holiday made up in the late 1960s at the start of the national environmental movement.  Ira Einhorn is one of the main founders of Earth Day, if not the guy who started it.  Ira practiced what he preached: he murdered his girlfriend (less stress on the planet) and composted her body in his closet.  (Hey - reduce, re-use, recycle!)

Well, over the years, I've wasted far too many bits on Earth Day.  Enjoy yourselves.  Remember, if you're doing it right, your lights should be visible from Proxima Centauri. 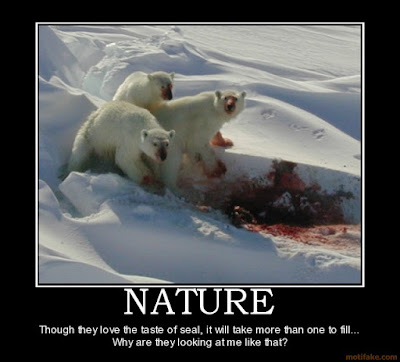 Oh, and remember that nature wants to kill you.