LED Light Bulbs - A Little Good and A Little Bad

The last week has led to more time spent on LED light bulbs than usual - which is to say, more than zero.  After all, you put up a light bulb and it lasts for years, right?

We were fairly early adopters in the move to LED bulbs, replacing the four 60W incandescent bulbs I'm sitting under with LED bulbs in October of 2012.  One of those LED bulbs died around a month ago, and another one failed last week.  Naturally, I didn't have a Watt-Hour meter on them, but they lasted on the order of 1600 days (thanks to this site).  How many hours per day?  It's hard to estimate, but I feel comfortable saying 12 hours/day or about 19,000 hours.  That's probably a worst case estimate.  At the time, 4-1/2 years ago, people were saying LED bulbs were likely to give 50 to 100,000 hours.  50000 hours is over 11 years, if the bulb ran 12 hours a day.  Clearly, something is amiss.

Within a few days of the overhead bulb failing, I had one in our kitchen fail.  The one in the kitchen was bought a couple of years later than those first bulbs and was chosen because it's a Cree and I know from my career that Cree is a semiconductor maker that knows what they're doing.  Unfortunately, I don't know exactly when I installed it, but it had a date code on it that indicated the bulb was made in late 2013.  I believe that bulb could have been on 14 hours/day; there's a big range here, and that would be closer to the worst case.  14 hours/day since January of 2014 is still less than 17,000 hours.   A visit to Cree revealed that the bulb should have been guaranteed for 25,000 hours. 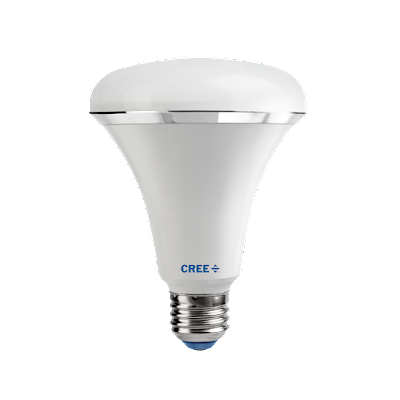 What's going on here?  I have yet to find an LED bulb that makes 25,000 hours, and almost certainly not even 20,000 hours.  Unfortunately, I didn't do the one thing that would really help me be certain and write the date the bulb was installed on the base or side of every LED bulb.  So I wrote Cree's customer service email address; I listed their part number for the bulb (their photo above) and said I wasn't sure of my numbers, but believed it didn't have more than 17,000 hours.  Then I asked what I could do to get the life they're claiming.  I didn't say I wanted anything other than information.  I was hoping to get a note telling me how to get the most life out of the bulb - whether that meant I should direct chilled 30 degree Fahrenheit air at it whenever it's on or I need to sacrifice the blood of a virgin chicken.  So I was surprised to get this email the next day:


Thank you for taking the time to contact us.  We apologize that your experience with your Cree LED bulbs was unsatisfactory. A warranty request has been processed and one replacement bulb will be shipping on 4/18/17 via FedEx or UPS. It is not necessary to return the defective bulb; it may be disposed of, or recycled.

I replaced the burned out bulb with another 60W LED until the replacement became available.  It's in place and quite good.

Our kitchen was redone in '03, and (as was popular at the time) setup with recessed halogen bulbs.  Halogens are a nice light quality, but I had always heard they were more efficient than the conventional bulbs.  About the same time as the LED failed, one of the halogen bulbs died.  I noticed when I was putting it in place that the box only claimed 500 lumens out of this 39 W bulb.  I had looked for an LED replacement for the halogen bulbs before and never found them.  This time I told myself, the other bulb I just replaced was 800 lumens, why can't they make a 500 lumen LED bulb to replace halogen bulbs?  They can.  This time I searched for the right shape factor (PAR20 - a parabolic reflector bulb with 2 inch front), and the slightly rounded top version of that, the BR20.  I found this bulb which is actually 675 lumens in the same package, so brighter than the halogens - at 10W input opposed to the halogen's 39W. I ordered three and waited for a halogen to die, figuring I'd replace them one at at time (there are six in use) as an experiment.  It didn't take long for a bulb to die, just a couple of days, so we replaced it. 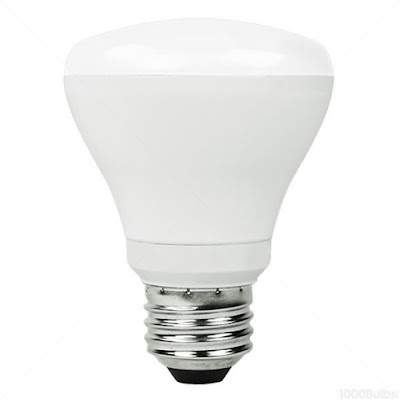 All I can say is Wow!.  These bulbs give much better and more uniform illumination.  I had planned to replace them one at a time as the rest of the halogens lived out their lives, but Mrs. Graybeard asked me to change the ones closest to the kitchen counter work areas.  The light is noticeably more uniform.  The halogens are warm color, 3000K, and this bulb is designed to match that.  The halogen bulbs also have a narrower, spotlight pattern than these.  All in all, we're both really impressed with these.   I have a couple of ways of measuring the bulb temperature (we all know halogens are a really hot light bulb, right?) my early-version Flir One on my phone hit full scale at 215F, the other (like this) told me over 350 degrees - that's an oven temperature.  The LED bulb?  115F.  You could hold it.

But I think I'm not Done done.  I neglected to write the installation date on the bases of these new LED bulbs, too.