Based on reports I'd seen a couple of weeks ago, I expected a launch readiness review for the Mars rover launch on Thursday morning.  I've just been searching the usual places on the web and don't find anyone giving results of such a review, so I'll go with what I have.  There's an 80% chance of acceptable weather for launch on Thursday morning (launch window opens at 7:50 AM).


“For launch day Thursday, overall conditions are favorable,” the forecast team wrote. “However, an isolated shower just offshore and some mid-level clouds along the coast are likely as a weak front off the coast of the southeast (United States) sags southward. Therefore, the primary concerns for launch day are the cumulus cloud and thick cloud layer rules.

The SUV-sized rover and its piggyback payload, the Ingenuity autonomous drone helicopter were loaded onto the Atlas V back on the 7th, and the plutonium fuel for the rover's power generation was loaded on the 20th. 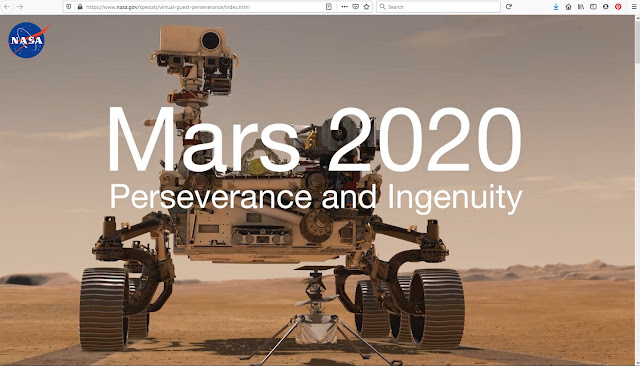 The NASA website to keep track of the mission is at https://www.nasa.gov/specials/virtual-guest-perseverance/index.html .

If you haven't been watching it, there's a small fleet of Mars satellites and rovers that have launched in this opposition's launch window.  The United Arab Emirates and the Peoples' Republic of China both launched their first missions to Mars.  The UAE used a Japanese H3 rocket (video) launching on July 19th.  The Chinese used one of their Long March 5 rockets, launching their Tianwen 1 probe last Thursday the 23rd (video).

All three of these missions will arrive at Mars around next February.


Closer to home, on Wednesday, NASA and SpaceX will commit to a landing zone for Sunday's return of Crew Dragon Demo 2 vehicle, carrying Doug Hurley and Bob Behnken.


A final target date and time will be selected on Wednesday, during a "Return Flight Readiness Review," which will consider both the health of the spacecraft and weather. There are seven potential splashdown zones for Dragon around the state of Florida, in both the Gulf of Mexico and Atlantic Ocean. Among the criteria for weather are winds less than 16.5km/hour, calm seas, and a low probability of rainfall.

A decision on where to splash down will come about six hours before undocking, but a final call on whether to actually undock may not be made until the final minutes before departure. Depending on the splashdown location chosen, it will take between six and 30 hours for the crew to return to Earth after undocking.

Unlike early manned space programs which depended on Navy vessels, SpaceX will handle the capsule recovery themselves with a specially equipped recovery ship, either the Go Searcher or Go Navigator recovery ship.  Whichever (or both) ships will have to leave Port Canaveral far enough ahead of the landing time to get there.