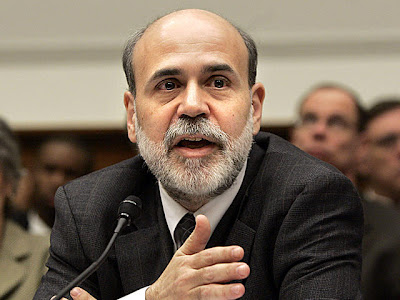 Happy Halloween folks.  I hope you enjoy whatever your day brings.

This year, Halloween will be the third scariest day of the week.  Second is Tuesday, election day, and the scariest day will be Wednesday, November 3rd, when the Federal Open Market Committee has its meeting to (probably) decide on whether or not they proceed with Quantitative Easing (QE) or not.


That the economists…can explain neither prices nor the rate of interest nor even agree what money is reminds us that we are dealing with belief not science.
-James Buchan, Frozen Desire (1997)

If they decide to do this, it's powerful testimony to the idea that, "our theory didn't work, so let's try it again, only harder!"  This will be the official second round of QE, although it has never really stopped.  Bernanke and the Fed claim that inflation is running under 2% per year (obviously, they have not gone grocery shopping) and they think printing more money out of thin air, thereby devaluing it, will just fix everything right up.   Never mind that our biggest creditor, the PRC, is already warning us not to - and backing it up with the opening rounds of a trade war.  I've commented on the inflation making its way into food and commodity prices already; recent numbers show the following increases this year.

Since grains (including soy) are animal feed, how can that not cause the prices of poultry, beef and pork to rise? That's not all: there are several indicators that food may be in short supply next year, further increasing prices.

Peter Schiff of EuroPacific Capital, one of the folks who predicted the mortgage crisis, is saying "QE2 Will Sink Just Like The Titanic".

If they go ahead with QE2, it will be another attack on savers.  The whole idea is to get you go out spending again, which will just create another bubble that will burst like all the others ever have.   There are many reasons for the economic hole we're in right now, but the biggest reason is the Federal Reserve itself.

Here's the strange part: let's say that the stupid party wins really big on Tuesday.  There's a chance that Ron Paul may get the power to audit the Fed, and get to the bottom of some of the crap that's going on.
Posted by SiGraybeard at 1:56 PM