I was going to write something about Mega-ass-wipe Julian Assange at Wiki-Leaks, but I've been distracted by the disgusting mess that is our election cycle.

Instead, the three postings at Restore the Constitution (the Sheeple, The Monkeys, and The Bad People)  got me thinking about the problems that come from having a population that doesn't understand the most basic ideas of economics.  Dan also has this story that made the recently-glued and almost-healed pieces of my exploded skull start to bulge again.


“A new poll by the Public Religion Research Institute found that 67% of the American public not only supports the minimum wage but would like to increase it to $10 an hour.”
Read more: http://www.time.com/time/nation/article/0,8599,2026515,00.html#ixzz12xhaupNf

The stupid lawyer at Time (but I repeat myself) argues that the minimum wage puts more money in people's pockets.  It does, indeed, and it does them absolutely no good.  I find this whole idea that the minimum wage is a good thing has come up in many of the political races around the country.  People don't understand this basic economics.  I know my readership is more astute than the Sheeple or the Monkeys, but you may some day have to explain this to them.

So let's say the minimum wage becomes $10 an hour.  What happens?  Every price goes up proportional to the increased cost of labor.  Every worker making between the current and new minimum wage - and plenty of others - costs more.  Some jobs go away, because the company can't afford to bring on a person for that price, other jobs never get created.  After a round of inflation because of the increased costs for everything, the person making minimum wage - if they are still working - is in the same place relative to everyone else as they started out before the wage change.  They have more dollars in their wallet, but everything costs more.

If you can make the minimum wage $10, why stop there?  Why not 20 or $100 an hour?  It's like taking every dollar in your wallet and replacing it with one that has bigger numbers on it, but every price tag in town gets bigger to match. Will we make the people on minimum wage wealthier by increasing the minimum wage?  Of course not.  We won't make anyone's lives better - unless some dopey politician wins a good office because of stupid people.  Minimum wage laws are based on the sloppy thought that says putting bills with different writing on them in your wallet makes you wealthier.  Ask the people in Zimbabwe, where they replaced bills that said one dollar with bills that say one billion dollars, and three eggs cost trillions of dollars.  The economy is not a pie that we divide up by deciding who gets which piece.  What we need to do is bake more pies, and the way to do that is by getting the leviathan's hands off the throats of the businesses.  Besides, at the rate the Fed is going, we're all going to be billionaires soon enough, and not have enough money for a loaf of bread. 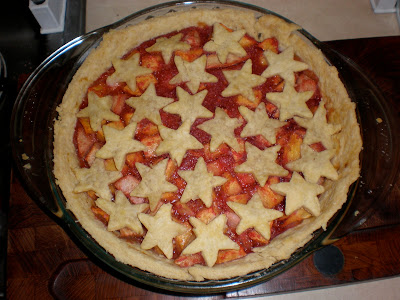 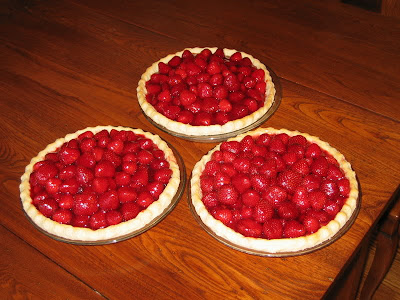 (and credit)
(pictures of pies because pictures of Zimbabwe currency are, frankly, not as easy on the eyes.  I'm hungry now)