Frank, over at IMAO, (a very funny guy and place) embeds a video that we all ought to see.  I'll wait: it's only 2:49 long.  I don't want to embed that here and give the guy more publicity.  The anger in the comments is interesting reading in its own right.

So his conclusion is that because one guy at a Rand Paul rally over-reacted and pinned someone down at their shoulder, the liberals should lay in arms and ammo for the riots that are to come from the "Rethugnant Ones" (real clever, that).  I have a couple of reactions to this: my first one is that his diatribe is demonstrably full of lies; first off, the guy who pinned the protester down  is being charged ( by the way, the protester, Lauren Valle, is a professional left wing activist who was probably trying to get assaulted to make Paul supporters look bad), and second off, for every right wing attack anyone with a few minutes and a search engine can stack up left wing attacks like firewood.

My second thought is: you didn't think the coming North American War Games was going to be a merry band of three percenters against the Fed.gov leviathan, did you?  The battle space is much more involved than that.  Guys like this YouTube "Legend in His Own Mind" are the most visible version of the Mutant Zombie Bikers we've read about.  In fact, if you haven't read that link about just how prevalent this attitude is, you should. 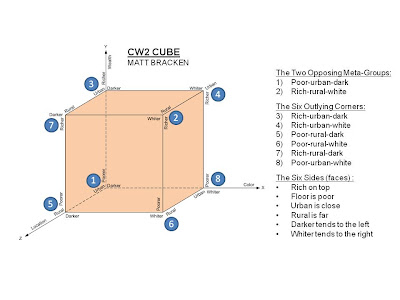 While not a pacifist, I'm not looking to shoot first.  Unless they pull up on my lawn or try to get in my doors; in which case "fortune favors the bold". 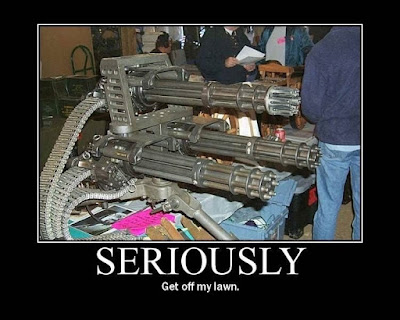