Sometimes The OpFor Shows Their Hands

Turns out the firing of Juan Williams was not just about Juan Williams, and seems to have revealed some of the OpFor plans.

Tara Servatius at Townhall.com points out that the CEO of NPR, Vivian Schiller, is part of that whole nexus of the FCC, the fraudulently-named Free Press/Joyce Foundation/George Soros, Julius Genachowski plan to take over the "distressed local news providers" and replaced them with NPR. Schiller displayed a little, um, premature congratulations:


Schiller could barely contain her rage at Fox News and at Williams last week, saying he should discuss his fear of boarding a plane with Muslim passengers with “his psychiatrist.” Those who understand what is at stake saw the Williams/Schiller dust up for what it really was – a declaration of war by one of the most powerful women in journalism against for-profit, non-liberal media. If Schiller and her liberal friends have their way, Fox and its viewers will pay the bill for her new government news network. 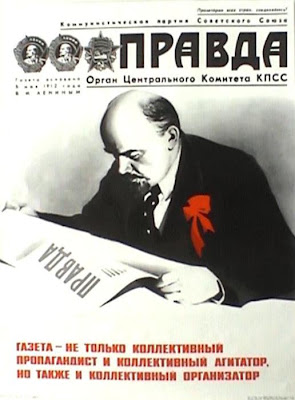 (The new government news service: Pravda means "Truth" and fits right into the NPR Logo).  The Townhall article is about twice the length of this piece, but worth reading.  Ms. Servatius goes on to say:


A May Free Press report describes NPR’s Public Media Platform as a first step in their plans for a government media takeover. The platform is in the early stages, and its purpose is to attract billions more in government funding. “We are going to strengthen and bolster our representation to Congress and to other entities that can help fund all of us,” Schiller told the NPR board in her 2009 speech about a public media takeover of news reporting.

All of this makes Schiller’s very public drop-kick of Williams far more than a hissy fit that got out of hand. It was a declaration of war against commercial media in general and Fox in particular. Who wins will be determined by what voters do at the ballot box in the coming years.

We should be thankful to Ms. Schiller.  Thanks to her hot tempered screw-up, Ms. Servatius has filled us in on what's going on, and we know to hound our newly elected representatives not just to cutoff funding for NPR, but also the Corporation for Public Broadcasting, PBS, all of it.  If she had kept her head, and kept Juan Williams on staff, the public cry for killing off NPR probably wouldn't have started at all.
Posted by SiGraybeard at 8:13 PM