Yesterday's post, the last of 2010, ended on a fairly pessimistic note.  I made note of only the bad news of 2010.  There really were things to be more optimistic about last year, or, at least, things that weren't completely bad, so let's talk about those.

There is a large scale awakening of the "sleeping giant" or the "silent majority".  Evidence is everywhere: the 9-12 projects, the TEA parties, the 8/28 Rally, the Restore the Constitution rallies, and the wide scale defeat of incumbents - especially big-government types.  Of course, the success wasn't 100%, but it was the largest swing in a congress in over 50 years, so that ain't bad.  Yeah, I know that elections won't fix everything (and have said so here many times), but it's a start.

There is a widespread awakening of the vast 2 sigma middle of the American people.  Discussion of the deficit, over-reaching of the fed.gov leviathan and oppressive police state tactics is becoming common.

There is a large scale acceptance of the RKBA.  It's still a struggle, and that will continue as long as we have dishonest, corrupt autocrats, but the tide is certainly moving our way.  The latest numbers I could find report gun sales around a million a month.  Our deer hunters represent the largest army in the world.  It's often stated (and denied) that Japanese admiral Isoroku Yamamoto said, "You could never invade the United States.  There would be a rifle behind every blade of grass".  Maybe not, but in just three months in 2009, we bought enough guns to supply both the Chinese and Indian armies.  Along with a billion and a half rounds of new ammunition.

So as we lurch forward into the new year, be aware of the troubles that lurk, but work on establishing ties with your community - your tribe - and keep family ties close.  Hold the ones you love close.  Yeah, train, and prepare in case things go south, but don't let negativity be the focus of your life.

Mrs. Graybeard had cancer 13 years ago, so we know that even in relatively good times, life can beat the crap out of you.  You owe it to yourself to have as much fun as you possibly can as long as we're on the right side of the dirt nap. 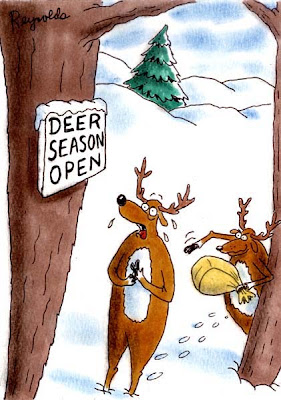