I've often thought that lawmakers should be required to take a class in unintended consequences because they seem incapable of grasping the idea that when they change the law, people will change their behaviors to take advantage of it.

There are so many examples, I could type my fingers off.  A really easy example is something like the Cash for Clunkers program.  I've written about this a few times, but instead of some glorious pollution reducing scheme it ended up subsidizing new cars for a subset of people who were going to buy a car within a few months, at the expense of vastly inflated prices on used cars for poor people who badly need a car.   Each car cost the taxpayers $24,000 while the cost of carbon credits, using the most generous assumptions, was about 12 times the market price.  Great thinking, there, Mr President!

Another easy one is the Clinton-era Assault Weapons Ban (AWB).  There probably isn't an honest LEO in the country who will tell you it made any difference in crime rates; they just aren't what the majority of criminals were or are using.  Criminals were just as likely to use single shot derringers as "assault weapons"; around 0.2% of crimes involved them.  If the intent was to reduce crime (it probably wasn't) it was a dismal failure.  Crime went down after the AWB expired, not after it went into effect.  But the unintended consequence is that "Modern Sporting Rifles" (as the NSSF likes to call them) are the biggest selling rifle market segment in the country.  Go to any gun range on sunny day and note the number of AR-variants compared to wooden stock, bolt action rifles.  (all facts here from GunFacts.info)

So, just as every other time, the gun grabbers have come out to dance in the blood of the victims of Saturday's shooting.  The Brady Bunch, the dependably anti-gun Carolyn McCarthy (D-Uranus), and  Senator Lautenburg (D-Sith).

The unintended consequence of the attempt to impose restrictions on gun sales and larger magazines is that the sane portion of America, feeling that trouble might be coming, has started mobbing gun stores to buy Glocks and 30 round magazines.


One-day sales of handguns in Arizona jumped 60 percent to 263 on Jan. 10 compared with 164 the corresponding Monday a year ago, the second-biggest increase of any state in the country, according to Federal Bureau of Investigation data.

If the proposal to ban the long magazines goes through, there won't be a single 30-rounder left on a shelf in America to sell.  Every single one will be bought so it can be grandfathered in.   Likewise if some sort of federal psychological screening is mandated before you can buy a gun, there won't be a gun left on a shelf anywhere in America when it goes into effect.  It will be the Gun Store Owners Full Employment and Gun Manufacturers' Pension Funding Act.

Me?  I'm an XD guy, myself. I won't be competing for the Glocks, and there are no 30 round magazines for me, that I know of. 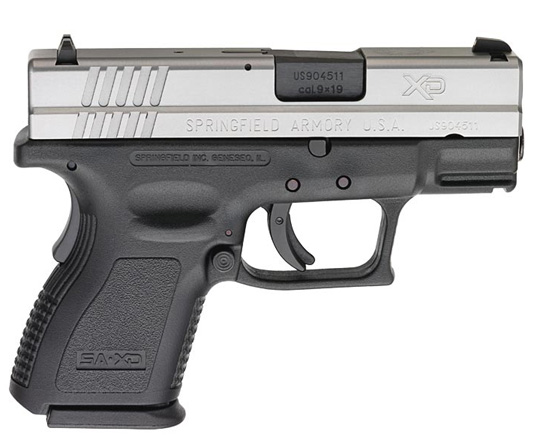