New Toy For the Surveillance State

TiaLinx, a small company in California discloses the invention of The Owl1-A a wall/container penetrating radar that can tell if someone is breathing inside a sealed shipping container. 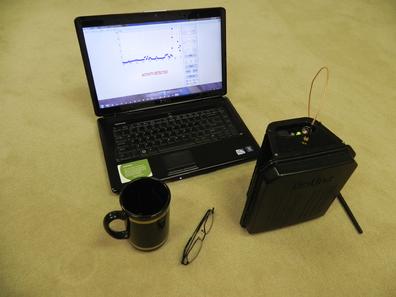 TiaLinx says the system can be used for air, sea, and land shipping, and may reduce the need for large, expensive X-ray scanners. The scanner is light enough for handheld use, the company says. (quote source and my lead)

They also have this nifty little UAV, the Phoenix, that can land on a roof and tell if someone is breathing inside. 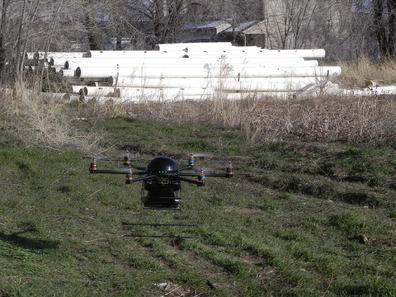 Granted, at least one guy was apparently found trying to go somewhere inside a shipping container, but just how much do you spend to find these people?

The technology is called UWB or UltraWideBand.  When UWB first showed up on the market, the press releases sounded like it was "Sub-space" from Star Trek.  In fact, it's just a very short (picosecond) radio pulse.  If you look around TiaLinx' website, you'll see references to "V Band"; that's the designation for the frequencies they're using.  V Band covers a wide range of frequencies, 50-75 GHz, but their model names "active array transmitter (TLXAT60) and receiver (TLXAR60)" give the impression they're running at 60 GHz. UWB uses very short pulses, and the universe is put together so that the shorter the pulse, the wider the spectrum the pulse energy is spread out over.   In other words, knowing the frequency exactly may not be necessary.

About 20 years ago, I worked on 60 GHz hardware for a system that was going into space.  It's tricky to generate and manipulate because the wavelength is so short.  The waveguide is tiny; WR-15 is 0.148" by 0.074" - picture a rectangular tube of that size, essentially a metal straw for a Wendy's Frosty, only the big dimension is the straw diameter.  Air absorbs 60 GHz very effectively, so this must be a short range device.

There's nothing really novel or new about the idea of UWB, and without knowing a lot about the subject, I suspect the development of some high speed digital techniques to generate the pulses is what turns it from concept to product.  Wikipedia has decent summary of the technology.  For most of us, I imagine, it's enough to know this exists.
Posted by SiGraybeard at 8:56 PM