Yo, Mr. Prez! I Can Tell You Who's Responsible for Gas Prices Going Up!

Hey!  Mr. Obama!  Hey A.G. Holder!  You don't need to appoint a fancy commission.  I can tell you who's responsible.

Look in that mirror there: that's who's responsible.  You are! (Who's the cute little despot?!  You are!!!)

Every single action you've taken since you took office has helped raise oil prices.  You shouldn't be surprised; back in 2008 (when you were running) you said "under my plan, energy prices would necessarily skyrocket".  You said, "building a coal-fired plant won't be illegal, we'll just make it so hard on them no one would want to open one".  Anyone who listens to you knows you want to destroy the American standard of living, making energy costs impossible for working Americans.  Only your rich cronies like Jeffy Immelt and Georgie Soros will be able to afford to live.

How does any one of these help keep gas prices low?  Every single one has been chosen to make energy more expensive.  It's almost like you want energy prices to go up and have been working really hard to make them go up.

And then, to ice the cake, you've gone on a spending spree like no spree in the history of the world, and you're paying for it by devaluing the dollar down to the value of Charmin.  You've had the Federal Reserve create more money than ever existed in the world to buy up our debt.  More dollars chasing a fixed amount of oil has to make oil go up in price - think of oil as a commodity standard, like gold or silver.  They know you're making up more funny money, so they raise the price of oil in dollars to get more of them and offset your deliberate devaluation of the dollar.   I know Economics 101 is advanced for you guys, but you ought to read it.  Not the Cliff Notes book, the real thing.  It explains a lot!  You know, that Marx dude was a moron.  And your buddy Bill Ayers - whew! what a moron.  Hate to break it to you, but I'm just sayin'.... 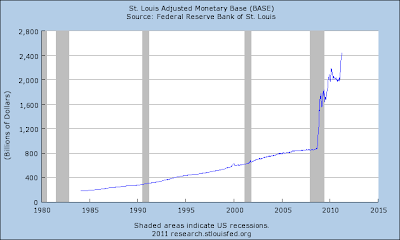 When you create an increase in the number of dollars like that, do you honestly think it has no effect on commodity prices?

See, Mr President, if you knew a little about Economics 101, you wouldn't say stupid things like, "if the raw materials a business needs go up in price, they make more profit".  That means their costs went up and they may not even be able to offset those costs!  I hear you saying, "Gosh, Mr. Economics Dude: are you saying if what the oil companies pay per barrel went up, they don't make more profit??" and I say, "Way to go, little Skipper, you're getting it!" 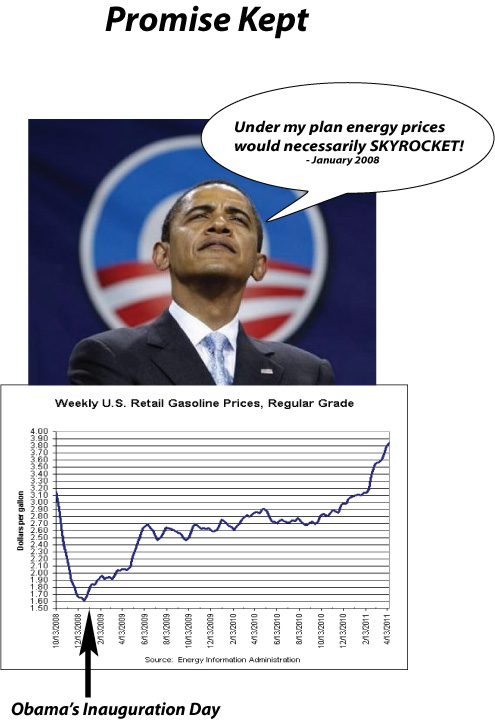 (from Denninger)
You really ought to learn a little business math, too.  Did you know you can do percents directly on most calculators?!  That way, when someone tells you that Big Oil company made a big profit, you could figure what percent of revenue that profit is.  Then you can see that if Exxon made a big profit, on a percentage basis, it's much less than your buddies at Google or GE or Apple.  And maybe, just maybe, you can see that if you raise taxes on businesses, their customers pay the tax, not the corporation itself...

But maybe I'm asking for too much all at once.  Tell you what, Skipper: just study that Economics 101 and forget the business math 101 for now.
Posted by SiGraybeard at 9:16 PM