Monster Hunter Nation isn't on my Frequent Reading List.  I know many of you will think even less of me for that than if I told you I'm not much of a beer drinker (my favorite underhanded compliment, "I couldn't think less of you").  Nevertheless, I stop by now and then, ran across this fantastic quote yesterday:


Yeah, about the voter fraud, really, Cleveland? You get 100% turn out in your inner city districts? I used to live in the inner city. I’m fairly certain you could hold a FREE all you can eat barbeque, with pony rides, a wet t-shirt contest featuring Playboy bunnies, and a Jay-Z/Led Zepplin/50 Cent/Kayne/Beyonce/Elvis/Sinatra/U2 concert, which handed out a free Obamaphone to every visitor, and you still wouldn’t get 100% turn out. That’s cool though, because Philly did even better, because after they threw out 70 of the court appointed observers, not only did their super record banana republic level turn out beat every possible expectation, they also voted 99% for Obama. But Colorado was not to be outdone, because they had ten democrat counties with over 100% turnout? That’s even better than Venezuela or Cuba! Bravo.

I’ll be honest. As an auditor I’m a little offended, because that is some ham fisted bullshit right there. Normally we have to at least do a little math and shuffle some papers to spot fraud, not just look at it and go “well, duh.” This is really irksome, when you look at the actual results of the election and realize that it would take only about half a million votes in total across three swing states to have changed the electoral college results…

I started out today looking for back up for these statements, and there are some strange stories out there: counties with more registered voters than residents, precincts with virtually 100% Obama voters (less surprising) or over 90% turnout.  Then I ran into reports that St. Lucie county, Florida (about a hundred miles south of the Silicon Swamp) had a 141% turnout.  It "turns out" that the number isn't what the reporters say it is - according to the Supervisor of Elections.  I don't have any particular reason to believe the SoE now that there are some corrupt-looking goings on there, but the explanation is plausible.  What she's explaining is a stupid procedure, but not too stupid for county government:


...(T)urnout percentages will show over 100% due to a two page ballot. the tabulation system (GEMS) provides voter turnout as equal to the total cards cast in the election divided by the number of registered voters. also note that some voters chose not to return by mail the second card containing the amendments.

The Florida ballot consisted of two cards, so if each card counts as one voter, then that means "only" 70.5% turnout if everyone turned in two cards.  But isn't even that strange? Granted it's not the Pennsylvania 95% turnout, but even in presidential elections, 60% is a big turnout.  With the last sentence, she's saying there's a number of people who only turned in one card. That could make the actual turnout over 100%, but we don't have enough information to know.

In a couple of years, it will be just as important and just as "mainstream" as the birth certificate stuff.  Just noise. 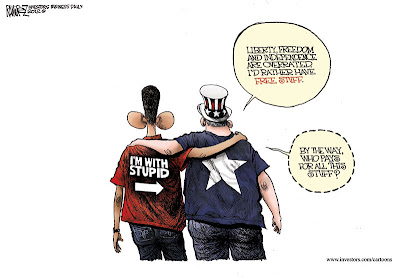