The Latest Menace - Your Dishwasher

If you have an old electric dishwasher, it's about time to either rebuild it with as many new parts as you can get, or have your favorite appliance repair place do it for you.

As of May 2013, dishwasher manufacturers are not going to be allowed to make or sell a machine that works, according to this story at the Laissez Faire Club

Why?  The environment, of course.  It's for the children.


The excuse is energy and water conservation of course. The presumption is that consumers and manufacturers have no interest whatsoever in saving energy and water even though everyone pays for both and, for the most part, our usage determines what we pay. The reason that companies and consumers have not adopted the new standards on their own is that they are incompatible with clean dishes.

There’s a pretty good chance that your current dishwasher using 6.5. gallons in a load. In the future, only 5 gallons of water can be used in the course of washing dishes. Maybe the manufacturers can ramp up the intensity of spray? Think again: new “energy efficiency” standards require that they use even less energy. Less energy plus less water equals dirty dishes. Plus, the new energy standards will substantially increase the cost of the appliance, taking it out of the affordability range for elderly people and the poor.

The Regulations are your typical legalese/bureaucrat speak and painful to read.  The final ruling is a pdf here.

The fed.documents show that the average cost of these inferior dishwashers is going to be $48 more than the dishwashers which work better.  The annual energy savings will get you back those $48 in 11.8 years, or not quite $4.07 per year.  The typical dishwasher appears to last somewhere between 8 and 12 years so some owners won't ever see economic payback.  Wow.  Sure am glad Fed.Gov is looking out for us.


“Thousands of Americans will spend time washing dishes by hand as the price of dishwashers increases,” she writes. “The value of time reallocated to washing dishes by hand totals between $241.4 million and $963.6 million, or almost $1 billion, even at a very conservative estimate. The cost of this time, which will most likely be borne by low-income and elderly Americans on fixed incomes, was not taken into account in the Department’s analysis of the direct final rule.”


The DOE, of course, is driven by the agenda that energy efficiency is the single most important characteristic in any appliance, and if you consumers don't always buy the most efficient, then you're just too stupid and need to be nudged into the right choices.  Consumers, however, seem to consider a wider variety of factors in choosing things to buy, not just the energy efficiency.  In reaction to how consumers were not always buying what their algorithms concluded were the most efficient machines, the DOE created rules that effectively eliminated top loading washing machines - protested by almost 3:1 among consumers.  One study showed that the average family does fewer loads of wash per week than the assumptions built into the rules did.

The same problem with the decision being based on assumptions that may not be realistic are here in this dishwasher study, as well.

Back to the Laissez Faire Club article for a comment on dishwashers and clothes washing machines:


These two machines together were the greatest boon to American women in the twentieth century, doing far more for women’s liberation than all the legislation and political activism. They created that greatest gift, free time. They allowed women to emerge as full public citizens, to spend time with their kids instead of slaving with household routines, and created the space in life to cultivated the mind and civilization itself.

The regulators want to drive us back, back, back, imprisoning everyone in life of drudgery so that the “earth” can flourish and the rest of us languish, die, and be buried in soiled clothes. 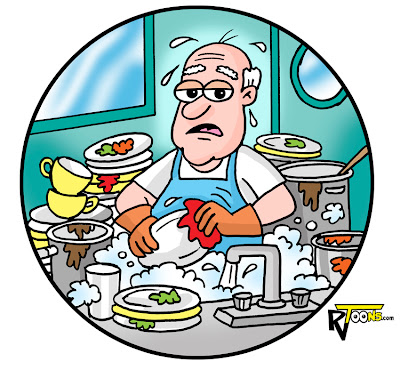