John Xenakis reports on Breitbart that China's general staff has issued orders to the PLA to prepare for war.  They point out that the document uses the specific word for war that means "real, shooting war", not struggle, or "war on poverty" type of "moral equivalent of war".


Although past directives have directed soldiers to be prepared in case of war, this year's directive, for the first time, uses the Chinese word "dazhang," which means "fighting war," and uses it 10 times in the 1000 word directive.

To be plain spoken about it, they don't believe the US would do anything:


Dai Xu, a Chinese Air Force Colonel, is arguing for a short, decisive war with one of China's neighbors--Vietnam, the Philippines, or Japan--in order to establish sovereignty over the Pacific region without risking war with the United States. This is the "kill a chicken to scare the monkeys" philosophy.


Since we have decided that the U.S. is bluffing in the East China Sea, we should take this opportunity to respond to these empty provocations with something real.

This includes Vietnam, the Philippines and Japan, who are the three running dogs of the United States in Asia. We only need to kill one, and it will immediately bring the others to heel.

International diplomacy ebbs and flows with time.  The author is from GenerationalDynamics.com, an organization that specializes in studies of these sorta-cyclical ebbs and flows, like Kondratiev cycles or Elliott waves.  He gives this little piece of generational philosophy:


China's 1962 border clash with India did not lead to a wider war because the countries were in a generational Awakening era; with both countries being run by survivors of World War II and, respectively, Mao's Communist Revolution civil war and the bloody Hindu/Muslim war that followed Partition. Each of these wars were extremely brutal, creating tens or hundreds of thousands of casualties and refugees, and no one who survived either of those wars would ever allow it to happen again.

Today, China, India, and America are in generational Crisis eras. The survivors of World War II are all gone. Today's leaders have had an easy life, where their worst crisis was a sex scandal. They have no personal memory of the horrors of WW II, and the Gen-Xers think that any older generation who even talks about it is completely full of crap.

In summary, they have no idea how ugly war can be.  They think hardship is when cellphone service is down, or they have to wait 30 minutes for Domino's to deliver.  What's wrong with a little war to stir things up and get the Chinese century going for real?

I've had conversations with Gen-Xers along those lines.  They do, indeed, think any comparisons to the past are stupid.  If I try to tell my own son that the US is more divided than at any time since about 1859, and civil war seems to be a real possibility, I can tell he thinks I'm the "right wing extremist" the feds have been warning him about.  Well, he got that part right... 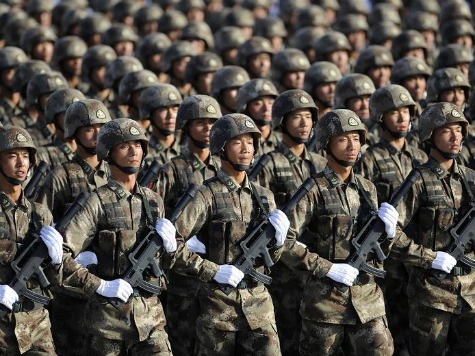 You should go read Xenakis' whole piece, and how he predicts things could go.