Unlike Moochelle, I'm Regularly Proud of my Country 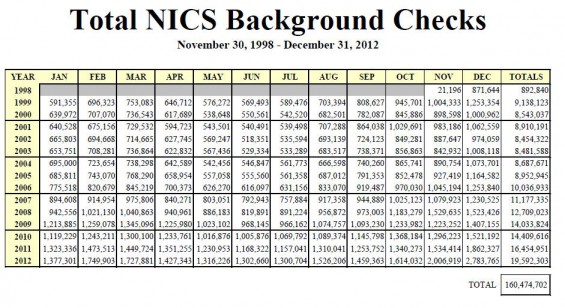 That's a 35% increase month over month.  Wow.  Of course, we realize this is the number of NICS checks, so the number of actual guns sold can be much more than that.

America is a safer place, tonight.