Sebastian and Bitter at "Shall Not Be Questioned" is really the go to guy for this story, but I just want to point out a couple of things to those of you who may not have noticed or cared about this story.

The Eastern Sports & Outdoor Show claims to be "the largest consumer event of its kind in North America" and from everything I can determine, it probably is.  They estimate that SHOT show hosts about 60,000 people while the ESOS hosts over 200,000, more than three times the SHOT crowd.  ESOS is being held in Harrisburg, Pennsylvania, the week of February 2-10.

Given how large an "Outdoor Show" it is, it came as a surprise to lots of good folks that Reed Exhibitions, the folks who run ESOS, decided to not allow any of those icky, Evil Black Rifles or, really, anything black and scary looking at the show this year.  Their statement, currently on their web page, says:


As a hunting-focused event, we welcome exhibitors who wish to showcase products and firearms that serve the traditional needs of the sport. Clearly, we strongly support the 2nd Amendment. However, this year we have made the decision not to include certain products that in the current climate may attract negative attention that would distract from the strong focus on hunting and fishing at this family-oriented event and possibly disrupt the broader positive experience of our guests.

The ban goes so far as to prevent the Pennsylvania Federation of Sportsmen's Clubs from holding a raffle they intended to sell tickets for at the show.  They not only couldn't show the AR they were raffling, they weren't allowed to show a photograph of it.

This went over about as well as a turd in the punchbowl, and the exodus of exhibitors and even sponsors started immediately.  Cabela's was an actual sponsor of the show and they withdrew immediately - the first one I heard of.  Ruger followed.  S&W followed.  Ruger and S&W are major companies (duh!) and one show isn't going to make or break their year.  That's not the case with smaller companies, like GUTNTAG, a company that specializes in "sauces and seasonings" for cooking your kill - or catch.  Their statement reads (in part):


We have made the costly decision to withdraw because it is the right thing to do.  We are a young company that relies on this one venue to create our operating capital for the year; however we cannot support uninformed businesses caving to political pressures caused by broadly politicized events.   We proudly support the 2nd Amendment in the capacity for which it was intended; the right of citizens to keep and bear arms.  Our freedom to do so was not for hunting or competition shooting, but protection for law abiding citizens.

Integrity spreads.  The Rocky Mountain Elk Foundation dropped out.  The NRA dropped out.  The Outdoor Channel withdrew.  The National Shooting Sports Foundation is conspicuous in not withdrawing.  Yet.  And on and on it goes: Sportsmans Liquidations - a major exhibitor, Keystone Country Store - a small company, and even companies with no direct firearms business, Keene Marine, a boat company that was going to be displaying 30 boats, withdrew in solidarity.

I really feel for the small companies, like GUTNTAG and Mike Olien's Texas-based MN Outdoors


He has already spent $7,000 to secure his booth at the show, money the show's promoters will not refund, Olien said. If he joins the boycott, that money is lost. It's not chump change for a five-year-old small business. He also risks alienating Reed Exhibitions, the show promoter, that also runs shows he needs to attend closer to home in Texas and Colorado later this year.

Of course, if he doesn't join the boycott, he could be in trouble, too. And if the show attendance is too small or people aren't buying, he could lose.  It's a lose-lose for small businesses like this.

With two weeks left before the show, people on the fence are going to have make the call on whether they go to the show or not.  I don't say that thinking it's easy for the little businesses.  While fisherman and boaters may not have a dog in this fight, it's heartening to see Keene Marine stand in solidarity with strong R2KBA supporters.

To paraphrase Ben Franklin, when it comes to the second amendment, the time has come for us to hang together...or we shall surely hang separately. 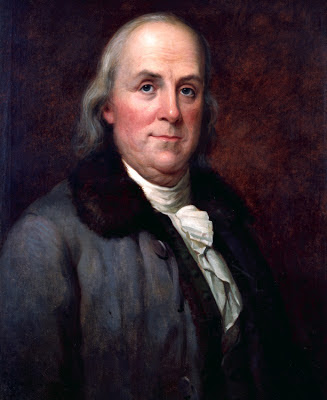 Edit 2122 EST:  Ammoland publishes a List of Exhibitors Boycotting the Show  I'm not going to try to count a list that big.  Will anyone be left?