You Just Can't Make This Stuff Up

H/T to Tyler at ZeroHedge, who links to OilPrice.com about a train full of biofuels that crossed the USA/Canada border 24 times without unloading, earning millions in federal giveaways that dwarfed the value of the biodiesel.  Money quote (literally):


The cargo of the train was owned by Bioversal Trading Inc., or its US partner Verdero, depending on what stage of the trip it was at. The companies “made several million dollars importing and exporting the fuel to exploit a loophole in a U.S. green energy program.” Each time the loaded train crossed the border the cargo earned its owner a certain amount of Renewable Identification Numbers (RINs), which were awarded by the US EPA to “promote and track production and importation of renewable fuels such as ethanol and biodiesel.” The RINs were supposed to be retired each time the shipment passed the border, but due to a glitch not all of them were. This enabled Bioversal to accumulate over 12 million RINs from the 24 trips, worth between 50 cents and $1 each, which they can then sell on to oil companies that haven’t met the EPA’s renewable fuel requirements.

I don't know which gets me more, the plain overspending or this sort of corruption.  Kind of an unimportant question really.  How about this for corruption: while they're banging out important questions of just how much money they're going to confiscate from you and me, they spend valuable time adding pork to the bill to cancel out the extra taxes.  You heard all about that supposed $62 billion more revenue we'll take in because of the Fecal Cliff resolution, but do you know about the giveaways in it?  From Naked Capitalism:


1) Help out NASCAR - Sec 312 extends the “seven year recovery period for motorsports entertainment complex property”, which is to say it allows anyone who builds a racetrack and associated facilities to get tax breaks on it. This one was projected to cost $43 million over two years.
2) A hundred million or so for Railroads - Sec. 306 provides tax credits to certain railroads for maintaining their tracks. It’s unclear why private businesses should be compensated for their costs of doing business. This is worth roughly $165 million a year.
3) Disney’s Gotta Eat - Sec. 317 is “Extension of special expensing rules for certain film and television productions”. It’s a relatively straightforward subsidy to Hollywood studios, and according to the Joint Tax Committee, was projected to cost $150m for 2010 and 2011.
4) Help a brother mining company out – Sec. 307 and Sec. 316 offer tax incentives for miners to buy safety equipment and train their employees on mine safety. Taxpayers shouldn’t have to bribe mining companies to not kill their workers.
5) Subsidies for Goldman Sachs Headquarters – Sec. 328 extends “tax exempt financing for  York Liberty Zone,” which was a program to provide post-9/11 recovery funds. Rather than going to small businesses affected, however, this was, according to Bloomberg, “little more than a subsidy for fancy Manhattan apartments and office towers for Goldman Sachs and Bank of America Corp.” Michael Bloomberg himself actually thought the program was excessive, so that’s saying something. According to David Cay Johnston’s The Fine Print, Goldman got $1.6 billion in tax free financing for its new massive headquarters through Liberty Bonds.
6) $9B Off-shore financing loophole for banks – Sec. 322 is an “Extension of the Active Financing Exception to Subpart F.” Very few tax loopholes have a trade association, but this one does. This strangely worded provision basically allows American corporations such as banks and manufactures to engage in certain lending practices and not pay taxes on income earned from it. According to this Washington Post piece, supporters of the bill include GE, Caterpillar, and JP Morgan. Steve Elmendorf, super-lobbyist, has been paid $80,000 in 2012 alone to lobby on the “Active Financing Working Group.”
7) Tax credits for foreign subsidiaries –  Sec. 323 is an extension of the “Look-through treatment of payments between related CFCs under foreign personal holding company income rules.” This gibberish sounding provision cost $1.5 billion from 2010 and 2011, and the US Chamber loves it. It’s a provision that allows US multinationals to not pay taxes on income earned by companies they own abroad.
8) Bonus Depreciation, R&D Tax Credit – These are well-known corporate boondoggles. The research tax credit was projected to cost $8B for 2010 and 2011, and the depreciation provisions were projected to cost about $110B for those two years, with some of that made up in later years.

Finally, you must have heard the stink about Congress not passing the relief bill for Super Storm of the Moment Sandy.  They report Chris Christie ranted at Speaker Boner, and all sorts of Evil Party politicians pointed their fingers at Stupid Party members and accused politicians of playing politics, gosh darn it!  The problem is the bill was loaded down with all sorts of extraneous crap, um, pork, because they thought no one would dare not pass such a bill.  As Darrel Issa said,


“Your two senators packed this with pork,” Issa said Wednesday on “Fox & Friends,” which airs from New York City, referring to Sens. Chuck Schumer and Kirsten Gillibrand. “They had the opportunity to have a $27 [billion] to $30 billion dollar legit relief package, packed it with pork, then dared us not to vote on it.”

It's being reported the bill $60 billion bill included money for Alaskan fishing, money to repair a roof at the Smithsonian, $188 million for Amtrak, the Kennedy Space Center,  $5.3B to the Army Corps of Engineers (that's more than their annual budget), $41 million for eight military bases including Guantanamo Bay, and much, much more. 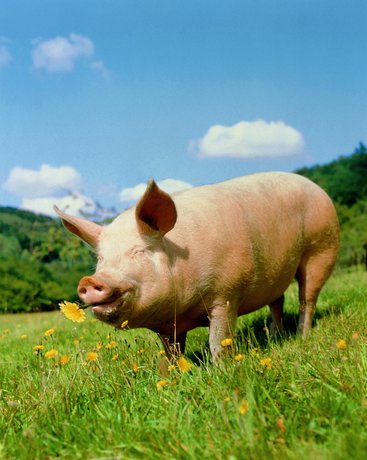 Ahhh.... the smell of politics in the morning...