A few weeks ago, Dove (the soap, not the chocolate ice cream bars) started an advertising campaign based on trying to convince women not to view themselves so harshly.  Body dysmorphic disorder is defined by the Mayo Clinic as  "a type of chronic mental illness in which you can't stop thinking about a flaw with your appearance — a flaw that is either minor or imagined."  It is said to be rather common in the female population, but even more prevalent is a general dissatisfaction with their looks, no matter what they look like.  It's - perhaps - the result of being held up to a standard of preternaturally skinny models built like 15 year old boys on the one hand and supernaturally proportioned Barbie dolls on the other.

Their novel technique was to have women describe themselves to a forensic artist, who would draw them based on their self image.  Then the woman would sit with someone who had never met them and that complete stranger would describe the subject to the artist.  The Dove website shows seven women's images compared side by side with their own description and the stranger's description.  For example, here's "Florence": 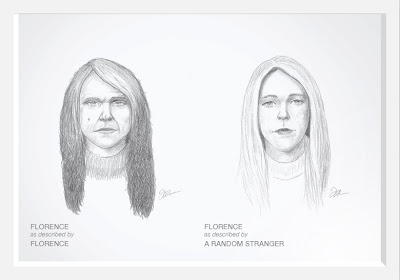 I don't know what Florence looks like, but it's pretty clear Florence doesn't either.  The stranger has a much more flattering view of her than she has of herself.

Body dysmorphic disorder has never been documented to exist in men.  For example, here's how one guy described himself vs. the way a woman who had just met him described his appearance. 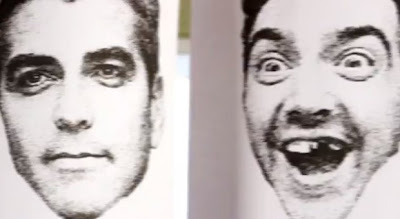 A group called  NewFeelingsTime posted this parody of the Dove ads on YouTube.

For the record, and I've posted this before so it's not a big secret, this was taken of me during a beach workout.  During my SEAL days. 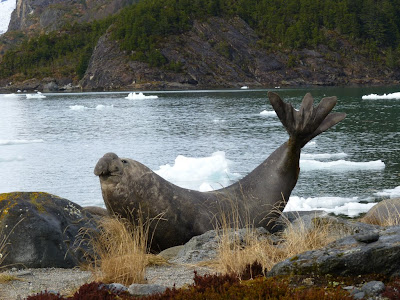 Posted by SiGraybeard at 6:18 PM