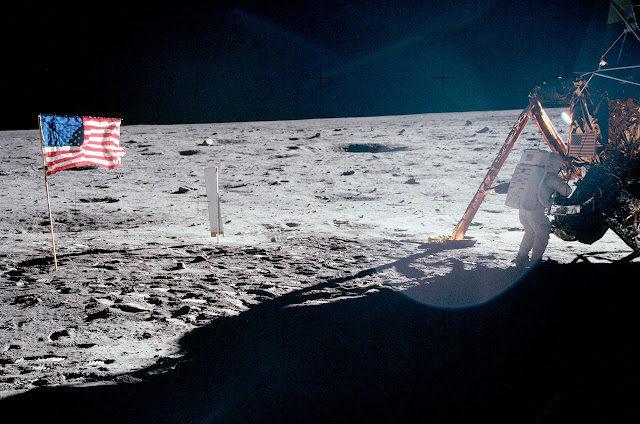 Neal Armstrong working on the LEM, Tranquility Base, July 20, 1969.

While we lived in North Miami, 250 miles or so south of the KSC, we were in New York City visiting relatives that whole week.  I was a teenager.  It would be the last time I would see some of them, and 12 years until I'd see others again.  Somewhere around here I have small prints of 35mm film pictures I took of the crew of Apollo 11, at an anniversary celebration for KSC Employees and families, when Mrs. Graybeard was working on the Space Shuttle Solid Rocket Boosters avionics.  Ought to scan those in before they fade away.

I was as sure as can be we'd have visited Mars by now.