A Government That Despises Its People

It's not easy to determine who first voiced this observation, but I've come to regard President Obama not so much as the first black president, but rather the first anti-American president.  Maureen Scott at Renew America wrote an excellent summary piece, hitting many of the things that bother me deep in my gut.


Obama has never given a speech that is filled with calm, reassuring, complimentary, heartfelt statements about all the people in the U.S. Or one that inspires us to be better, grateful, and proud that, in a short time, our country became a leader, and a protector of so many. Quite the contrary, his speeches always degenerate into mocking, ridiculing tirades as he faults our achievements, along with any of his critics, all for the sake of a laugh, or to bolster his ego. He uses his Office to threaten and create fear while demeaning and degrading anyone who opposes his policies and actions. Unlike a secure leader, who has noble self-esteem and not false confidence, Obama displays a cocky, haughty attitude and a dread of being critiqued.

Mostly, his time seems to be spent causing dissention, unrest, and anxiety among the people rather than uniting us (even though he was presented to us as the "Great Uniter"). He creates chaos for the sake of keeping citizens separated, envious, aggrieved and ready to argue.

Of course, being an America hater, raised on the bile of anti-Americanism instead of mother's milk, he surrounds himself with other America haters.  Witness Eric "my people" Holder, a modern Klansman (as Velociman put it today) (H/T WRSA), who not only uttered that terrible line in congress but has staffed the DOJ bullpen benches deep in militant civil rights activist attorneys we can be sure will tie up or dismiss any case against anyone who isn't white.  The DOJ already has a long pattern in this administration of not prosecuting black crime, such as the New Black Panther Party voter intimidation crimes.

In the last two days we learn that the public outrage that sprung up over the Zimmerman case was funded by you and me - Eric Holder sent taxpayer funds to the DOJ to organize public protests. The secretive CRS are called "peacekeepers"; the more accurate term would be "peace breakers".

Of course an administration that puts an Eric Holder in charge of "Justice" would give rise to a weaponized IRS; it's the same personality in a different building.  There doesn't have to be a written order from the president telling them to do it.  It would be a natural thing for an America hater do.  Use the power of state against those backwards conservatives you despise so much.

Many people were fooled by the "Great Uniter" rhetoric of 2008, and honestly thought if they elected a black president, it would help race relations in the country.  Instead we have a president who appears to pour gasoline on any racial flame he can find.  Instead we have example after example of the president always striving to be the "Great Divider"; always trying to pit groups against each other; always searching to find places of calm and turn them into places of strife.  We have the "I don't know all of the details but the police acted stupidly", and we have "I don't want to impair the investigation", but then added, "if I had a son, he'd look like Trayvon", but the Ft. Hood massacre by an obvious Jihadi is labelled "workplace violence", and "we shouldn't jump to conclusions" - the same thing he said after the Boston Marathon bombing.


Never have we had a President who spoke with a caustic, evil tongue against the citizenry rather than present himself as a soothing, calming, and trustworthy force. 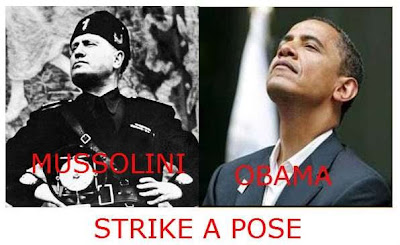