Here in the Banana Republic of America (formerly the United States - before the '08 bankruptcy and re-organization), it's common for the administration to use tools of the state to punish subjects who speak out against the Glorious Fatherland.  Even though it's common, this one might be new low.

Picking up a story from Angry White Dude, Bill Elliot is fighting cancer.  Unfortunately, like many other people are finding as the country lurches into the abyss of Obamacare, his insurance is getting some of that wonderful "Change" we heard so much about.  For a while, it appeared he was going to "lose his plan" (un-possible!), and he appeared with Megyn Kelly on her Fox News prime time show to tell his story.  When the show aired, a guy who handles insurance problems like this, C. Steven Tucker, heard the story, got involved and got the insurance company to maintain his policy.


“Steve, the company decided to keep me active. Since it is a chronic illness. Until this illness kills me. Battle #1 is won. Now the hard part. You literally saved me. Thank you so much.”

Those are the greatest words I have ever heard in my 20 year career as a licensed health insurance broker. I couldn’t be a happier man today! – C. Steven Tucker

But one of the administration's minions (probably Media Matters, a group paid to watch Fox News and try to dig up trash on them) saw Elliot during his TV appearance.  Within days, the IRS launched audits against both Bill Elliot and C. Steven Tucker!  As reported over at iOwnTheWorld in his post The Vindictive Totalitarian Hand of the Obama Regime,

Bill is now being audited by the IRS.

And now for the 2nd punch line-

THAT’S what happens when you do the right thing, and in the process embarrass that bastard in the white house.

Making the administration look bad will not be tolerated and they will strike down anyone who does so.  Friday morning, Buck Sexton of the Blaze put forth an explanation for why CBS has punished Lara Logan so severely for an admitted mistake in the handling of a story on Benghazi (background).  His view was largely the same one: that's what happens when you embarrass that bastard in the white house.  Since being sexually assaulted while reporting from Egypt's Tahrir square, she has been vocal that the administration simply doesn't understand jihad.  They are dangerously incompetent and don't understand what's going on in the Mideast.  You don't embarrass the administration without being struck down.  Someone in the WH contacted CBS and had her suspended - if they didn't set up the entire falsified report that she used from the start.

But as they say on the infomercials, Wait! That's not all!, Angry White Dude reports


An aside. AWD just got back from vacation two weeks ago. I got a letter from the IRS instructing my employer to make my W-4 exemptions zero! I always try to break even with the IRS every year as I don’t like giving interest free loans to the government! I am fighting this but it has crossed my mind if this BS has anything to do with this website and my support of the Tea Party movement? Why does the IRS care how many withholdings I have as long as I settle up with them at year-end? I’ve never heard of anything like this in my life! 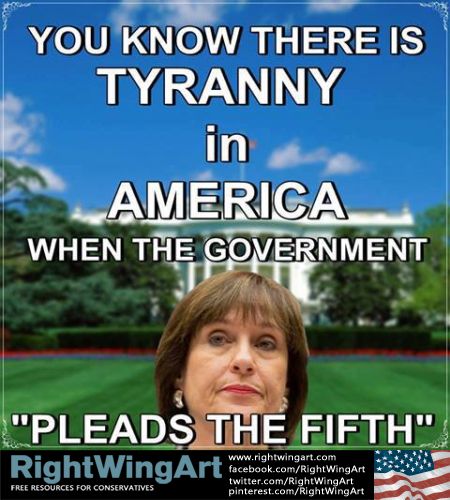 Did you ever think you'd see this sort of stuff in your country?  To paraphrase CA over at WRSA, "This is where we are now.  Imagine where we'll be."