1 - South Korean intelligence reports that the North Koreans are developing EMP technology to attack them.  As carried in Agence France-Presse:

The National Intelligence Service (NIS) said in a report to parliament that the North had purchased Russian electromagnetic pulse (EMP) weaponry to develop its own versions.

1 - Think Tank Science and Global Security reports that the North Koreans appear to be progressing nicely on their development of ICBMs capable of reaching the US mainland.


The closely followed 38 North website of the Johns Hopkins University’s US-Korea Institute argued that ICBM mock-ups seen at recent military parades in Pyongyang were “less fake” than originally believed. [Note:  Gotta love "less fake" as an explanation - SiG]
...
“Elegant or not,” the mockups suggest an ability to assemble components and technologies to produce missiles with theoretical ranges of 5,500 kilometers (3,400 miles) to more than 11,000 km.
...
“Almost all of the configurations examined would be able to deliver a light, first-generation nuclear warhead at least as far as Seattle,” it said.

The worst case scenarios for an EMP attack on the US require going a bit farther than Seattle, all the way to the center of the US, at the right altitude.  This may get them closer but they're probably not what they need.  That's probably a year or two away. 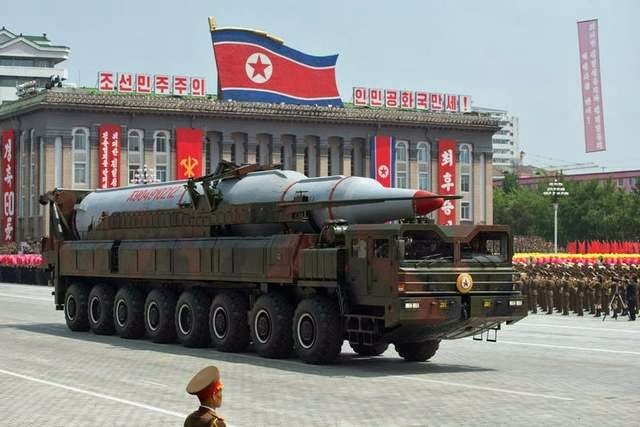 The idea of the North using an EMP bomb against the south isn't a new story.  Asia Times carried this story in '09.  The troubling thing is that some mission profiles we laugh at as failures are perfectly successful profiles for an EMP attack.  That goes for the North Koreans and the Iranians, as well.

Labels: commies and other idiots, Events, politics, the big picture