Bringing Your Electronics on the Plane

To say the aviation industry is heavily regulated is an understatement.  It's much like the pharmaceutical or medical devices industries in the government entanglements with the FAA and FCC regulating most of it, with those agencies deferring to quasi-governmental agencies to develop the specifications for the equipment on the plane.  Just to give you an idea, we typically spend more time just certifying the boxes we put on airplanes than the life of some commercial products.

So it was with some interest this week that I read the FAA has allowed expansion of the use of personal electronic devices on aircraft to (potentially) all times.


FAA Administrator Michael Huerta made the announcement based on recommendations from the PED Aviation Rulemaking Committee (ARC), which included representatives from airlines, aircraft manufacturers and in-flight connectivity providers that determined aircraft takeoff and landing systems can tolerate Wi-Fi signals emitted by PEDs.

Cell phone calls will still be banned and rules determining cell phone use are set by the Federal Communications Commission (FCC). Huerta said he expects airlines will allow the use of tablets, smartphones and MP3 players in "airplane mode" which switches cell network communications off.

It's important to note that the prohibition on cell phones doesn't come from the airlines, it comes from the cellphone providers.  A cell phone in an aircraft can hit many cell towers at once, and causes several problems for the call handling equipment.  First, cell systems are designed based on the idea that the signal hits at most a couple of towers close to the phone, and they use a "voting" system that hands control of the call to the tower receiver with the strongest signal.  For people walking around, or in one location, or even driving at highway speeds, that works well.  For a signal hitting towers spread across a wide area, and from a source moving much faster than a car, it doesn't work very well.  Since cell providers are all about who gets the fee for the network access, you could possibly be hitting several providers at once and then they fight to see who gets your money.

A friend served on the PEDs committee and we spoke about it from time to time.  Everyone is extremely safety conscious and has long been concerned not only about the obvious stuff - your electronic box puts an unintended signal into a critical system on the aircraft - but on the really complex problem: could several devices on the airplane interact and impair a safety-critical system.  Maybe they don't even put a signal into the antenna (which is outside, after all), but on internal wiring and that causes the problem.  Or that hundreds of devices would "raise the noise floor" in the aircraft and affect various radio-based systems.  After years of searching through test data and other evidence, they were unable to find any concrete evidence of those sorts of problem. It turned into two groups, one saying, "prove to me that it can't interfere" and another saying, "we can't find evidence it ever has but can't prove it never will".  Eventually, they decided there was no evidence to say you shouldn't be able to use other systems.


Implementation of the new rules will vary among airlines due to differences on their fleets and operations, however the FAA expects most carriers will allow passengers to use their devices "gate-to-gate" by the end of the year. Airlines will be required to submit plans to the FAA proving that their Wi-Fi equipped aircraft have the ability to withstand signal interference from PEDs throughout all phases of flight.

Hams will still not be able to use our VHF/UHF HTs on  commercial aircraft! 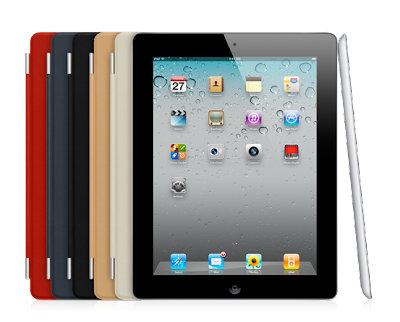 By the way - one of the more intriguing areas of research involves using WiFi on planes while over the mid-ocean.  There's some mathematical modeling that says the density of aircraft is high enough that a plane over the middle of an oceanic route is always close enough to other planes for a WiFi signal to bounce plane to plane to plane until it reaches the ground, in a self-organizing network. To be fair, that's probably several years in the future.