So PETA (no, not the People Eating Tasty Animals - the real PETA) has decided to introduce drones to:


...collect and publicize footage of hunters shooting animals and allowing them to escape, only to die slowly and in agony, among other common violations.

They also want them used to fly over factory farms and "...other areas that are hotbeds of abuse."

You know what?  I'm not going to focus on those lies.  Everyone who has read the first thing about hunting, let alone known actual hunters, knows that hunters are committed to ethical hunting, "one shot, one kill", and committed to not seeing animals suffer.  It's just that accidents happen and an animal gets away from time to time, not that hunters are being deliberately cruel.  Deliberately cruel is the description for PETA, who killed over 92 % of "adoptable pets" between 1998 and 2012 in Virginia.

For some unknown reason, Electronic Component News, a trade magazine for engineers of all types, is all over this story.  PETA claims they'll be flying a specially marked version of the AR.Drone 2.0 from Parrot.  The control is via WiFi, and Parrot has apps to run on your iPhone or Android to control these guys. 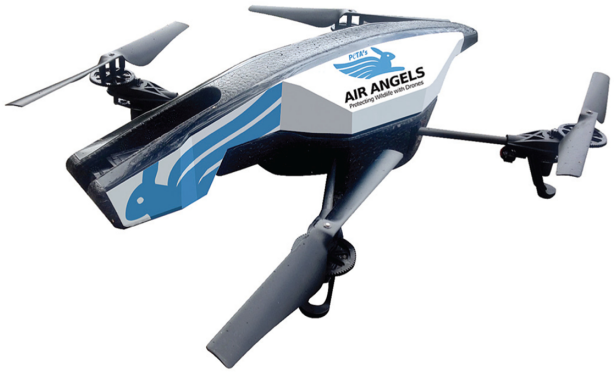 Hunting in some form or other, of course, is legal in all 50 states.  Some of them - even the Peoples' Republic of Massachusetts - have coded into law that it's illegal to harass hunters:


In Massachusetts, for example, it is illegal to “obstruct, interfere with or otherwise prevent the lawful taking of fish or wildlife by another at the locale where such activity is taking place.” If you fly a drone above a hunter, you not only present a tempting (and slow-moving) target, but you could go to jail or pay a hefty fine.

The first comment is indicative of where I think this is going:


Well... I could use a slow moving practice target. You fly that thing above my property and I have every right to bring it down... and no... I'm not giving you the wreckage back. I'm mounting that puppy.

It's a little nastier than that, though.  WiFi links in wooded areas, where you might be hunting deer, ducks, or whatever,  aren't going to be very long range. The chances of PETA kids meeting Elmer Fudd up close and personal might be a bit higher than they'd like. While I'm comfortable that the vast majority of hunters wouldn't fire on a PETA kid, accidental shootings happen in the woods, especially with people who don't know what they're doing out there.  There might even be some who would invoke the 3 S mantra.  Ya never know.