I know I've been a drag to be around, but I have this annoying cough and chest cold that just won't let up.  Been taking Mucinex and Tylenol, hot tea, cough drops ... all the usual OTC junk.

And I'm just nowhere near as gifted writing about it as Brigid is.  (Hope you're feeling better, Brigid)

So a little humor.  A friend sent me this listing for an 85 Inch Samsung Ultra High Def TV on Amazon.  On sale today for only $39,997.99!  As sometimes happens on Amazon, the comments have turned into a viral humor fest and worth reading in their own right.  I give you the top one; go read some more.

This review is from: Samsung UN85S9 85-Inch 4K Ultra HD 120Hz 3D Smart LED UHDTV (Black) (Electronics)
My wife and I bought this after selling our daughter Amanda into white slavery. We actually got a refurbished. It's missing the remote, but oh well-- for $10K off, I can afford a universal, right? The picture is amazing. I've never seen the world with such clarity.

Amanda, if you're reading this, hang in there, honey! We'll see you in a year.

I just wanted to add an addendum to my review. Since posting it, we have received a flood of responses. People have said some pretty hurtful things--even questioning our values. Let me assure you, this was not an easy decision to make, and we made it as a family. Obviously, it's very personal. But in light of all the second-guessing, I wanted to explain our thinking.

Some of you may think I'm avoiding the "elephant in the room"-the real reason why this was such a heart-wrenching choice. So let's just get it out there. Yes, the 120 Hz refresh rate is a disappointment, especially on a 4K. But life is full of compromises. And frankly, we hardly notice. All in all, no regrets.

P.S., as for our daughter, NO ONE has the right to question our parenting. Totally out of bounds. Amanda was going into 7th grade, so it was going to be a transitional year anyway. Now she gets to see the world. How many kids her age get to go to Bahrain? I sure as heck didn't, but you don't hear me screaming "child abuse." Bottom line: MYOB! Seriously.

Has it been a year already? Wow! I guess that's what 8 hours a day of immersive TV will do for you! Many of you have expressed your eagerness for an update. Well, here goes.

Generally, the Samsung has held up beautifully. We have noticed a little bit of lag, mostly in multi-player gaming--but not enough to cost us any firefights. There have been some issues up-imaging low rez content, but that's to be expected when you early-adopt--we're still "waiting on the world to change," as John Mayer would say (gosh he's talented.) On the plus side, we feel like we are now officially part of the cast of GOT. The other night Peg almost had to open a window to let Daenerys' dragons fly out!

And you'll all be happy to know our darling Amanda is back with us, safe and sound. She has changed a little. She's less talkative than before (though she had some choice words for me when I asked her to clean her room). And she's started wearing eye make-up, which has Peg a bit concerned. But welcome to thirteen, I guess. We're just glad to have her home. And she loves the TV. That's the main thing. In fact, she spends so much time in front of it lately, you'd swear she owns it. 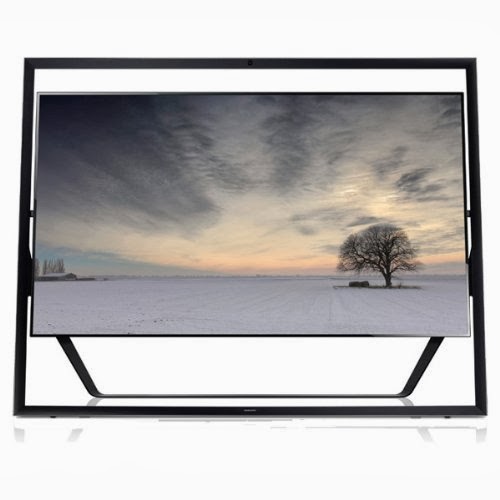